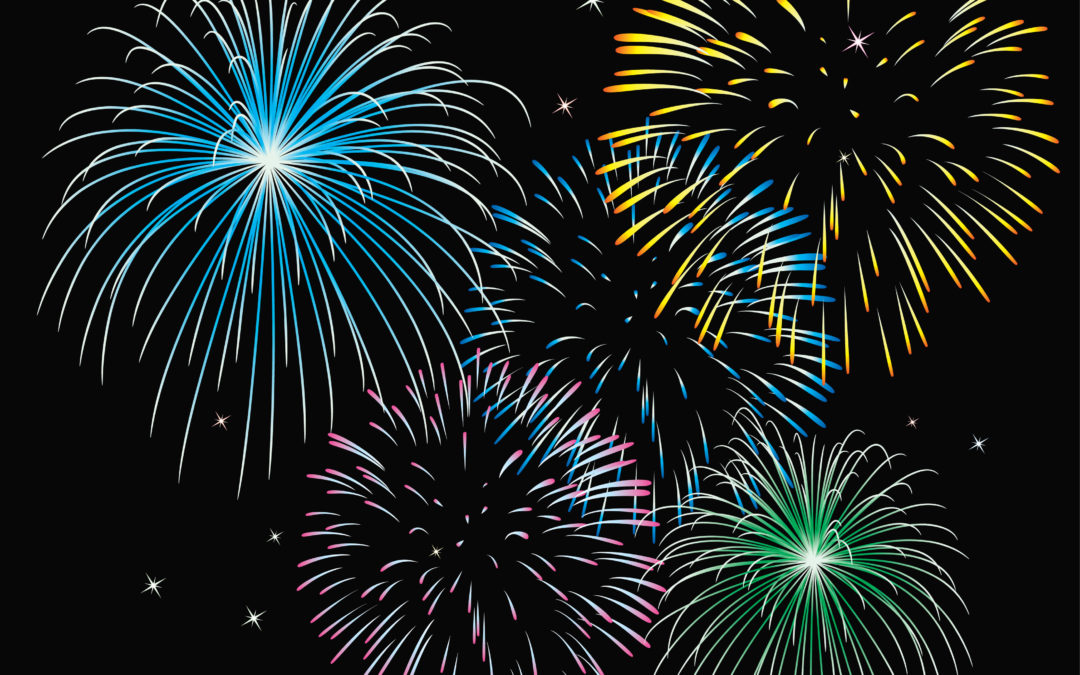 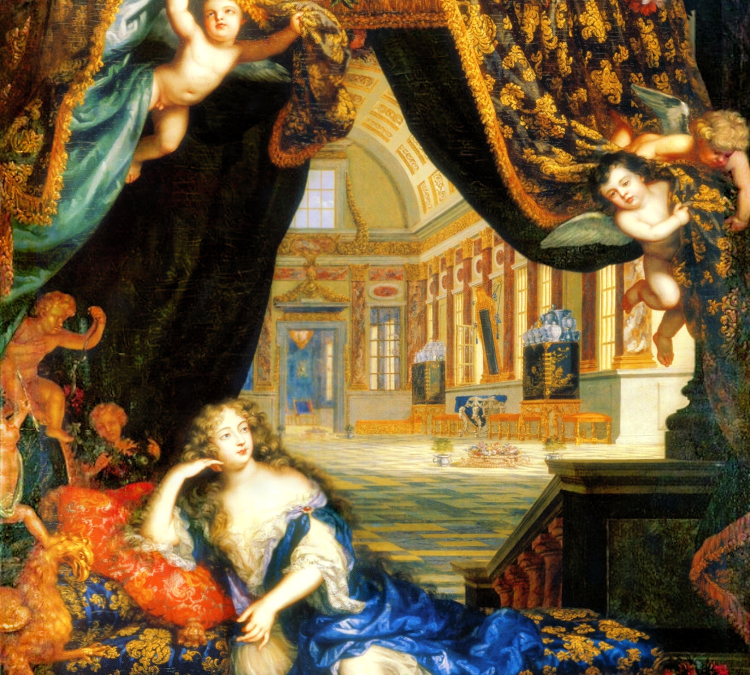 by Sandra Gulland | May 1, 2011 | Baroque Explorations, On Research, The Shadow Queen | 2 comments

The main character of the novel I’m writing now is relatively unknown. She was the daughter of a theatrical star and a maid to Madame de Montespan, the Sun King’s mistress (the woman we all love to hate).

As part of her duties, she was required to have sex with the King when Montespan was out of sorts.

This is not one of the duties mentioned in The compleat servant-maid, a 17th century book by Hannah Woolley on the work of maids, and dedicated to “all young maidens.”

I just obtained this invaluable guide for maid of all sorts: the Waiting-Gentlewoman, House-keeper, Chamber-Maid, Wet and Dry Nurses, House Maids (in “Great Houses”), Cook-Maids, Scullery-Maids, Laundry-Maids and Dairy-Maids.

Clearly: a lot of maids. “And they all hated me,” claimed my main character Claude, defending herself against accusations of murder and other indecencies.

I adore leafing through guides of this sort; one learns so much:

Do not put any Soap on your Tiffany…

To clean Points and Laces: Take white Bread of half a Day old, and cut it in the middle, and pare the Crust round the Edge, so that you may not damage your Point or Lace when you rube them…

Plus essential recipes for taking away freckles and making teeth white “when very foul or black.”

But nothing about sleeping with your employer’s lover … not one word. Much less what to do when you bear him a child or two. Tant pis.

{Painting: Madame de Montespan in her chateau at Clagny, near Versailles. This post was first aired on Hoydens and Firebrands, a group blog by writers who write novels set in the 17th century.} 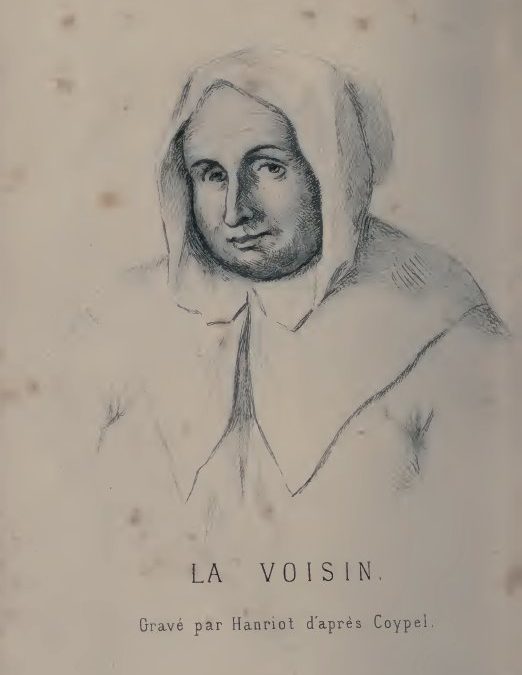 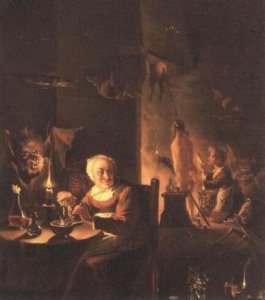 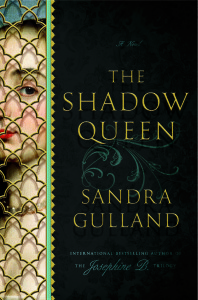 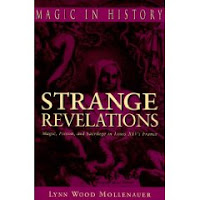 We arrived back from the beach yesterday afternoon. I’m almost unpacked —although not quite. We returned to piles of magazines, mail (bills), Christmas cards, plus several books I’d ordered before we left. Two of these are on the Affair of the Poisons, which features in The Next Novel. One, Strange Revelations, is a scholarly work, and recently published, so I am eager to read it.

Immediately I skimmed the index and skimmed the bits about Claude des Oeillets, the main character of my novel. I was rather disturbed to descover that the author of this book, Lynn Wood Mollenauer, states that Claude “probably” plotted to kill the king. 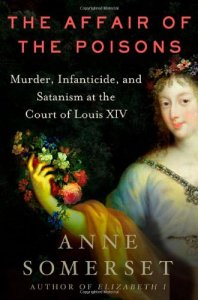 Well! Strange revelations indeed. This would put a rather different cast on my character and a bomb in my plot. First, I have to be convinced myself. 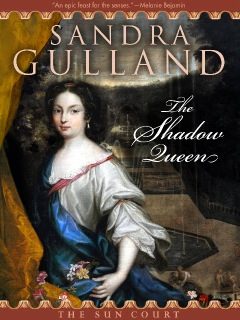 {Above: The cover of the Sandra Gulland INK edition of The Shadow Queen, in which Madame Voisin is an important character.}

I have been delving into the Affair of the Poisons again, trying to understand the roles of Athénaïs (Madame de Montespan), and her maid Claude des Oeillets in this sordid affair. In sorting it out, I first revisited Anne Somerset‘s The Affair of the Poisons; Murder, Infanticide & Satanism at the Court of Louis XIV, an excellent book, in my opinion, with clear and specific references. 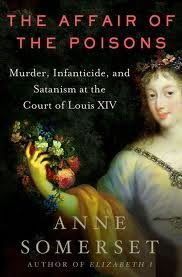 Most of Somerset’s information is from the Bastille Archives (Archives de la Bastille), where one can read the word-by-word interrogations of the hundreds of people arrested for poisoning, witchcraft and infanticide. Through the French on-line library — Gallica — I’ve been able to download all seven volumes, and so have them on my computer. In this way, I’ve been able to check Somerset’s specific references by going to the volume and page cited.

Madame de Villedieu’s testimony indicates that she’d known Claude for some time, and that Claude had been to see the “witch” Madame Voisin at least fifty times. What strikes me as curious is that Madame Voisin insisted — even under horrifying torture, even when her death by burning was certain — that she’d never laid eyes on Claude, much less on Claude’s employer Athénaïs (the Sun King‘s mistress and mother of several of his children). 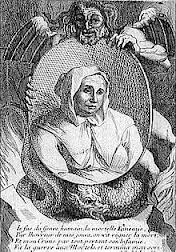 Why the protection? Voisin was spilling the beans on practically everyone else at court — why not a word about Athénaïs and her maid?

Or is Villedieu’s testimony false? That seems unlikely to me, although she might well have been quite angry to find herself in prison while her friend Claude remained free, courtesy of the King’s protection.

It’s quite an intriguing Affair, and I suspect I’ll be lost in it for some time.

Afternote: all 18 (or more?) volumes of the Archives de la Bastille can be found on Gallica here, available for download.

My eventual conclusion regarding the mystery of Claude and Madame de Villedieu is that the woman Villedieu went to see Voisin with had adopted Claude’s name (for likewise mysterious reasons). Apparently Villedieu, when pressed, described this so-called Claude in terms that were definitely not Claude.