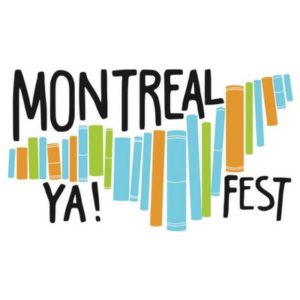 May 27: Montreal YA Fest. It was their inaugural festival, and it was a blast!

February: I gave a workshop on Writing a Historical Novel at the San Miguel Writers’ Conference, in magical San Miguel de Allende in central Mexico.

In October, I gave a slide-show presentation on Josephine and Napoleon at the Canadian Museum of History in Ottawa, as part of their wonderful Napoleon and Paris exhibition.

In February, I was part of two panel discussions at the San Miguel Writers’ Conference, a wonderful conference in magical San Miguel de Allende in central Mexico.

My talk/reading at the Bonnechere Authors’ Festival 2015 in Eganville, Ontario, on July 29, was great fun. Full house! 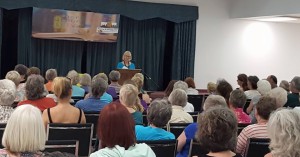 StarFest in St. Albert, Alberta, on October 16, was over the top. Full house again, and a wonderful crowd.

May 4, Sunday, 1:00 p.m., Arnprior Public Library, together with the Arnprior bookstore.  A small but sweet gathering in this wonderful library, and toped by the best sugar butter tart imaginable!

April 25, Friday, 7:00 p.m., Hamilton, Ontario: reading and talk at the Hamilton Central Public Library (55 York Blvd.), but organized by the Bryan Prince bookstore. This was a heart-full crowd. Memorable for me.

August 2. International Napoleonic Society‘s annual congress at the Fairmont Hotel in Toronto. Clips from the documentary “In Search of Josephine” and talk about filming the movie.

May 27-28, guest author at the Banff Book Discussion Weekend in Alberta, Canada.

September 22-26, workshop on Net Marketing for Luddites (click here for my detailed talk) and a reading/co-interview with author Joan Thomas in Kingston, Ontario, at the Kingston Writers Fest.

May 12, The Abbey Bookshop, Paris.

June 6. Workshop session as part of Editors’ Association of Canada conference in Toronto.

May 31: “Books and Brunch” at Blue Heron Books, Uxbridge, Ontario.

May 27, fund-raiser for World Literacy of Canada, at McKinsey & Company at 110 Charles Street West. Kama, a literary series.

April 10 — Reading Group Guides: guest post, “How a bookclub changed me as a writer.”

April 20 — Historical Novels: Review & Q&A (with picture of me with a white horse.)

April 21 — Devourer of Books: Review and guest post: “The Dangers of Armchair Time-travel: how to safely explore the world of the past.“

April 23 and 24: Peeking Between the Pages: Review (“one of those novels where you just find yourself so entranced by the story you are unable to stop reading until the last page is turned”), giveaway, and guest post: “Peeking between the Pages . . . and into the Past” (how I came to be a historical novelist).

April 29 — Booking Mama: Review (“MISTRESS OF THE SUN is one of the best historical fiction books that I’ve read in recent memory… I couldn’t put the book down”) , giveaway and guest post: “Mothering as Key to Character“

May 1 — The Tome Traveller: Review (“Petite won my heart on the very first page”) and giveaway.

May 1 — Raucous Royals: Review (“…although this is an adult novel, it will also appeal to teens who love romance with a twist of equestrian lore”), featured book and giveaway.

May 4 — Shhh! I’m Reading: Review “If you enjoy historical fiction, do yourself a favor and pick this one up! You won’t be disappointed,” and guest post: “On the joys of travel research.“

May 5 — My Friend Amy: Review (“I highly recommend this captivating read. Once you start you won’t want to put it down. It’s engaging, interesting, and feels true to life.”) and guest post (“Writing about real people: respecting their memory, their ghosts“)

May 7 — Enchanted by Josephine: Review (“I was enraptured from beginning to end. Splendid!”), giveaway and guest post “Choosing between characters— Impossible!”.

May 8 — Skrisha’s Books: Review (“If you are a fan of historical fiction, or are interested in the court of Louis XIV, this book is a must read”)

May 11 — Writing the Renaissance: Review (“I enjoyed it immensely”), giveaway, Q&A.

May 14 — Linus’ Blanket: Review (“Sandra Gulland weaves a remarkable tapestry of the sights and sounds of seventeenth-century France. I enjoyed the wealth of details about the beliefs, customs and superstitions of the time”) and giveaway.

May 15 — Kris Waldherr: Review (“Gulland is a master of observation…Highly recommended!”), Q&A and giveaway.

July 23, Eganville, Ontario: talk and reading for the Bonnechere Authors Festival – a fundraiser for Literacy Plus.

June 3. Mistress of the Sun released in the U.S. Touring the U.S. for four weeks.

May 12, Killaloe, Ontario: an event at the Killaloe Public School.

April 24,  reading in Calgary at the Memorial Park Library.

March 4, Toronto: Pages’ “This is Not a Reading Series, an evening of “French Fashion and Royal Scandal.” With Nathalie Akinson of the National Post. Gladstone Hotel. A charming account of the evening in the Post: “Almost raunchy book reading,” by Mark Medley.

March 3, Waterloo: Evening event with Words Worth Books. Freezing rain and an Elton John concert equaled a small, but intimate audience. Reading with Mary Swan and the two of us afterwards chatting so informally with the friends and family who had risked their lives to come see us!

February 23, Mistress of the Sun  officially published in Canada.

June 9, session on “Rewriting the Role of Women” at the Historical Novel Conference in Albany, New York. Others on the panel were novelists Mary Sharratt (panel organizer), Sarah Johnson, Susanne Dunlap and Suzanne Adair.

February 24, Beverley Donofrio, Susan McKinney and I gave a workshop on “How Meeting With Other Writers Can Benefit Your Work” in San Miguel de Allende, Mexico.

September. a research trip to France, researching my next novel.

May 26, 27, 28. The Many Lives & Secret Sorrows of Josephine B.  one of  four novels to be discussed at the 45th Annual Book Discussion Weekend at Banff, Alberta.

February 28, reading  with Beverly Donofrio and Susan McKinney
in San Miguel de Allende, Mexico. Beverly will be interviewin Susan and me on how a writers’ group helps the writing process. Sponsored by San Miguel PEN.

May, in Europe, doing research for the next novel.

October 5. BBC World radio, The Word. Discussion on researching and writing historical fiction with Antoine Audouar, Bernard Cornwell and me.

October 3. Eganville, Ontario. Talk in aid of the Cancer Society.

Nov. 17 : Shreveport, Louisiana. A talk to The Hypogeum Society at the Louisiana State Exhibit Museum, followed by a reception and dinner.

Nov. 18: Shreveport, Louisiana, speaker for the Rotary luncheon. That evening I spoke at a dinner for the English Speaking Union.

Tour in October to Nelson, Creston, Castlegar and Grand Forks, B.C., in Canada.