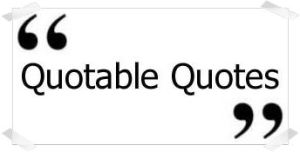 “I find it [writing] arduous and un-doable. It’s laden with fear and doubt. It’s never easy—not for me. The ordeal is part of the task, and the satisfaction usually comes at the end. You stood up to it, you endured it! You achieved the unachievable—for you. But the next time out, I find it impossible all over again.” —Philip Roth, as quoted in Vanity Fair, November 2010.

“Each book took years to write. … Each time, I was sure I couldn’t do it. Each time, the excitement of the history I was discovering was replaced by the sick terror that I would never, ever be able to make so much information fly.” —Sarah Dunant, author of The Birth of Venus and In the Company of the Courtesan.

“The first draft of anything is shit.” —Ernest Hemingway

“Show me a hero and I’ll write you a tragedy.” —F. Scott Fitzgerald 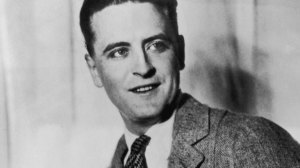 “…it felt like crawling across a floor pushing a peanut with my nose.” —Joyce Carol Oates, on trying to finish a novel, Kingston WritersFest, 2010.

“People are always asking me if the university stifles writers. I reply that it hasn’t stifled enough of them. There’s many a best-seller that could have been prevented by a good writing teacher.” —Flannery O’Connor, as quoted in Noah Lukeman’s The Plot Thickens.

“Writing a book is like driving a car at night. You only see as far as your headlights go, but you can make the whole trip that way.” —E. L. Doctorow, as quoted in Noah Lukeman’s The Plot Thickens. This is a well-known quote, for good reason.