Waving arms madly and giving lots away: how to have fun giving a reading 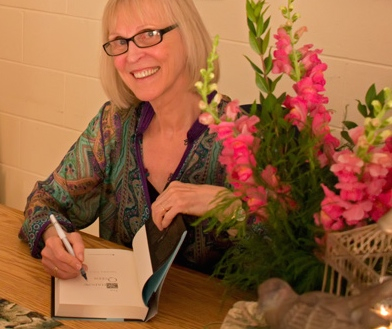 Most of Thursday I prepared for a talk/reading in support of the Killaloe Public Library in my home town. I knew that many there would be friends and family, so I wanted it to be special.

Several times, I paused my talk to give out door prizes. This was so much fun, I’m a convert!

Doug De La Matter took some great shots! (I have more of them up on Flickr.) 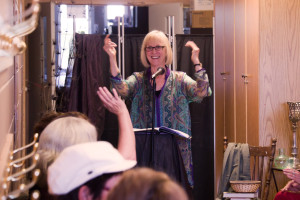 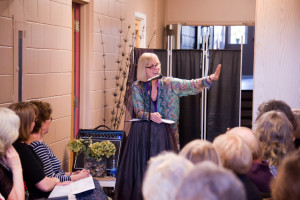 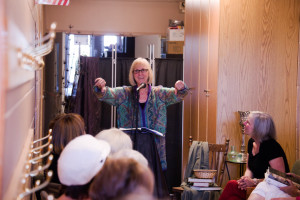 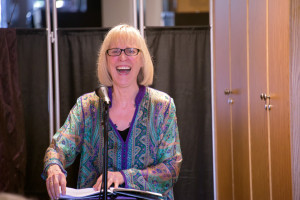 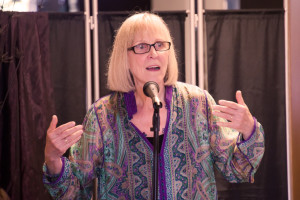 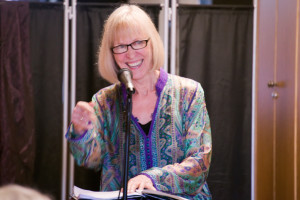 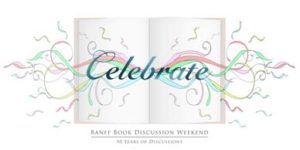 Since arriving in San Miguel de Allende—in addition to catching up with friends and getting resettled—I prepared for a talk/reading.

I had planned to give the same reading I had given in Toronto in the spring, but realized that I really needed to revise it, make it current.

Of course this meant endless revisions and print-outs in addition to talking it out, timing it, and then, ultimately, practicing it in front of a mirror.

As a rule of thumb, I try to talk it through three times on the day of the event, the last one as close to the event as possible. Consequently, my voice was hoarse!

I like very much my new system of printing out the talk—every word, including the selections from the book—on 8.5 x 11 paper. I print it out in big, bold type that is easy to read, giving each sentence its own paragraph. I make sure to dog-ear the pages so that they are easy to turn. I use an elegant black binder to read from.

The talk went exceptionally well—so many people! The one thing I learned from it, however, is to make sure that the mike is working well for the audience. Some mikes you talk into—others you talk over. This was a talk-over kind, and sometimes—on a “t” sound, for example—I later learned that it spit the sound out at the audience. (I’ve seen one author who travels with her own mike, and I can understand why.)

The second reader of the evening—Barbara Levine, author of the amazing book Finding Frida Kahlo—had trouble with the low lighting. It was hard for her to see the text of her book. It occurred to me that a clip-on night-reader might be a handy thing to have on hand.

(Photo: the jardin at night in San Miguel de Allende. This is such a beautiful, vibrant and peaceful town, it pains me that visitors have been frightened away by the press north of the border.)

What I’ve learned about giving readings 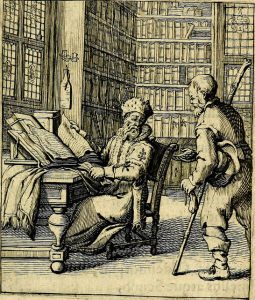 I was pleased with how my reading went last night (a worthy and well-run charity event to benefit world literacy). I think I’ve evolved a good system over the years, which is:

I type everything out—even the introduction, the jokey asides, and the passages from the book I’m reading from. I break most all of it into sentences (no long blocks of paragraphs). I print it out in large (16 pt.), bold type.
I read it out loud several times over, editing out any difficult words that make me stumble, and revising the book passages as well.

When it’s smooth, and clocks under the time allotted, I print it out and put it in a binder. I turn all the corners so that the pages turn easily. (This is important: having to lick a finger to turn a page would not be attractive on stage.) I underline or circle the words that still might catch me, words I’ll need to approach with care.

On the day of the reading, I try to read it through three times (although this isn’t always possible), and at least once in front of a mirror.

At the mike, after all this, I feel prepared. I don’t have to fiddle with reading glasses because the type is large. I don’t have to balance a book and fumble through the pages finding the passages. I don’t have to squint to read my penciled-in edits. The binder falls flat, so it lies nicely on a podium, but I could hold it in my hands if needed.

The only problem is that often the big, black mike is positioned above the page and it’s a little tricky to see the words. Juggling this makes me grateful for the time I spent in preparation.

One problem I foresee in the future is climbing and descending the sometimes rather steep (and often rickety) stairs, which of course never have railings. But that’s long into the future. I will count myself fortunate to still be giving readings by the time that might be a problem.