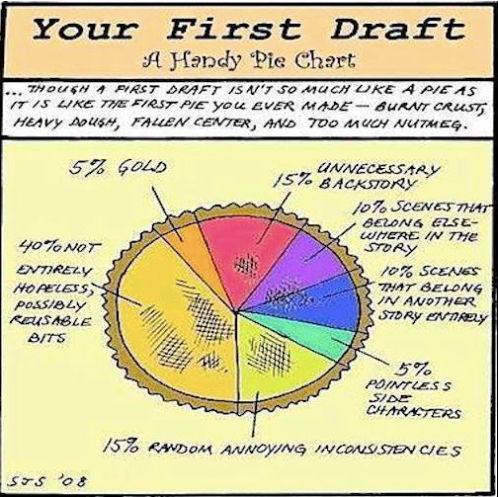 Your first draft … Say no more!

by Sandra Gulland | Jul 6, 2015 | Adventures of a Writing Life, Resources for Writers, The Writing Process | 0 comments

Brace yourself! This pie chart is surprisingly accurate with respect to a first draft.

It was posted by The PAGE International Screenwriting Awards on Friday, June 19, 2015.