Becoming my own publisher

I’ve worked in the publishing realm for nearly 40 years (ouch!) and the modest e-book publishing venture I’m undertaking now is a sweet little thrill. I’ve always wanted my own “press.” (And a bookstore … but that’s another matter.) 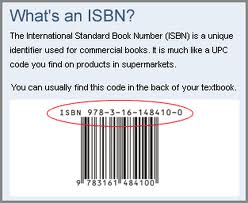 I just registered to get my own ISBN numbers. I know, that’s not the type of thing that would excite most people. Call me weird, but it makes me just a little giddy.

Not that it isn’t without its headaches. I was told I could order 10 ISBNs for $250 U.S. at www.MyIdentifiers.com.

Yes, indeed, but not if you are in Canada. After a Google search and several annoying bumps from one site to another, I discovered that Canadians must first register with CISS (pronounced kiss). These ISBNs, I gather, will be free.

I eagerly await acceptance. I hope they’re not on summer holiday. I hope I get them before I go “to press.”

Update: I called CISS because I was concerned that no confirmation email had appeared. I was told that normally it would take 10 working days to be approved, but that I will likely hear sooner because there is no backlog. I also learned that I will be given “a book of 10 ISBNs.” Yay!