Cheers for the Josephine B. Team

I’m in that anxious holding pattern now, waiting for The Taskmaster’s feedback. (Of course I always assume that he’s unhappy with the work.) Not that there isn’t a great deal to do:

Get back to the Google Lit Trip project for The Many Lives & Secret Sorrows of Josephine B.

This last, the Google Lit Trip, is both exciting and exhausting. Google Lit Trips are an exciting educational tool: they allow students to geographically follow the course of a novel they are reading, as well as to explore, on-line, subjects that come up. For example, there’s one for The Kite Runner: 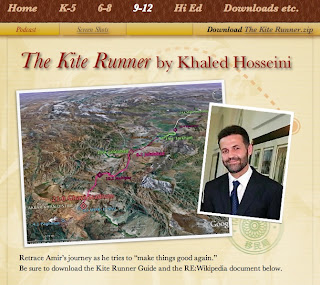 On learning about Google Lit Trips, I threw out the idea of a Josephine B. Lit Trip to my readers on my Facebook page, and a number of them jumped at the challenge. They would do it! With the help of Jerome Burg, creator of Google Lit Trips, they put together the initial draft of a Lit Trip for The Many Lives & Secret Sorrows of Josephine B. It’s likely that this is the first time Facebook fans have taken on a collaborative project like this, which I find thrilling.

However, The Taskmaster has been working me so hard, I’d not had a chance to give their work a close look…until now. And it’s awesome! (Cheers for the Josephine B. team!)

It’s also a little daunting because in some cases I need to try to find specific locations: where Josephine (then Rose) lived when she first came to Paris; the location of her aunt’s county home; the church she was first married in. I have notes on my computer?from over 15 years ago!?but they are sketchy. However, in the time since the first Josephine B. was published in 1995, internet research has exploded. I’m amazed by what I’m able to discover now.

For one thing: I learned today that Josephine lived not far from where we stayed last spring in Paris, not far from where my current heroine lived. I had a general idea before, but Net research makes it possible to find out rather quickly the history of her street, its many transformations over time. Net research allows me to find out the exact address of Aunt Désirée’s country home in Noisy-le-Grand, which, I confess, is grander than I’d imagined.

It all makes me just a bit dizzy.