Gutenberg’s fingerprint: how much is a smudge worth? 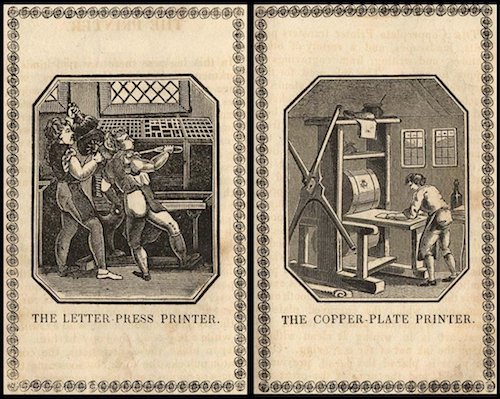 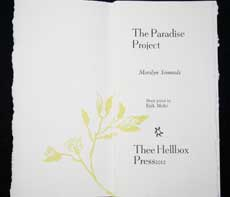 Merilyn has been blogging about the process. Her latest post, Gutenberg’s fingerprint, is especially evocative.

The studio is crowded today: all the people who worked onThe Paradise Project have gathered to see the final pages printed and put the press to bed. …

Mico looks at the press as he will one day look at the person he loves. “He let me run this thing when I was 14, and ever since, I’ve wanted to come back. It was a big mistake. Now I never want to leave.

On the news front, I’m awaiting the delivery of my edited last draft. I’m told that there are only about 50 small suggestions. (That’s nothing!) I’m also told I was described by an editor as “Queen of Revision.” I love that!

I’m considering changing my main character’s name from Claude (her historical name) to Claudine or Claudette. A number of readers get confused by what they consider a male name. I like the androgynous name and it suits Claude’s androgynous character, but I don’t like confusing readers (at least unintentionally). Your thoughts? Preferences? I’m leading toward Claudine.

I put off sending out my newsletter until later in August so that I could give more concrete information about the publication date, a possible title, the Josephine documentary as well as Sandra Gulland Ink publications.

Yes, there is a lot coming to a head next month!

Illustration at top is from Bibleodyssey.