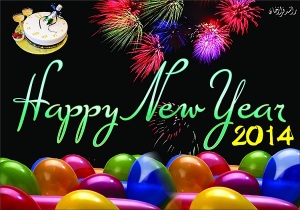 Last year was a “charged” year, for me. Having a book come out, jumping into the world of Net promo, going on an extensive tour as well as a trip to Europe: whew.

We are heading off for three weeks on the coast now, so I have to give some thought to what I will be needing there. Books, books, books, but mainly: my computer. There will be final manuscript to approve of the anthology I’m part of, further thoughts on my outline—especially dreamstorming—questions to answer from a film-maker proposing a documentary. No doubt, too, there will be paperback copy to approve, etc. etc. etc. A writer’s work goes on, regardless.

I love the regenerative impulse of the New Year. I’ve made resolutions (too many, I’ll need to be more realistic). One of the resolutions, of course, is to get better organized, both in life and on computer. Right now, I’m trying to sort out how to better keep track of my research notes. I use, mainly, NoteBook, which I’ve mentioned before (and love)—but it has some limitations. For example, if I want to insert a visual from the Net, I have to copy it to my desktop and then insert it into the appropriate place in the Notebook. That’s a bit slow, and one big disadvantage is that it doesn’t carry with it information about where that clipping came from.

I should note that if I used Safari instead of FireFox, I could clip from the Net to Notebook directly, and that the clip would carry the URL source information with it—but then I’d still have to move that clip to its appropriate spot in my extensive outline (time-consuming). But more importantly, Safari drives me crazy!

I’ve discovered that the same problem exists when clipping to DevonThink. It’s a FireFox problem, but I’m unwilling to move back to Safari because of it. For now.

I’ve explored Zotero, a web-based database designed by historians for historians, but quickly discovered that it didn’t “communicate” with all websites. This limitation was too limiting for me.

And so I was interested when son Chet told me about Evernote, a free FireFox add-on (which works with both Mac and PC I should note). With Evernote, it’s easy to clip to a database that exists on my computer as well as on the web (nice). The URL source comes along with the clip (good). It’s easy to search (excellent). My only complaint, so far, is that you can’t nest files—but with good use of tags that may not be necessary. For now, I’m trying it out. I prefer having all my information in one place, one database, but that simply may not be possible. Nous verrons … 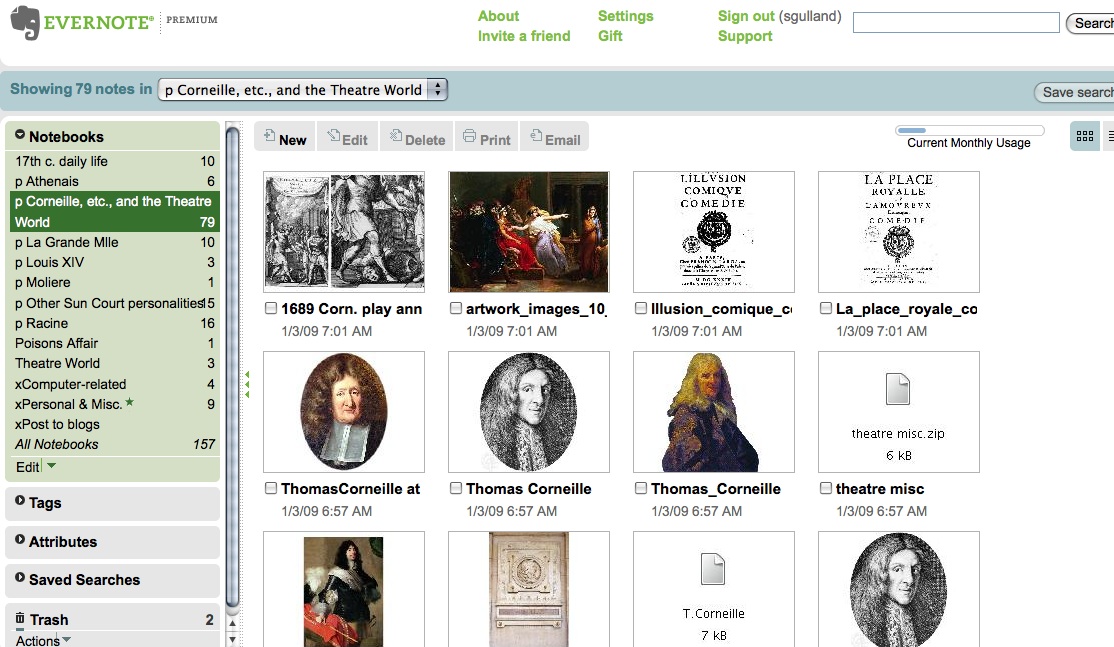 A snapshop of my Evernote database—so far.