Ishiguro interview in The Paris Review 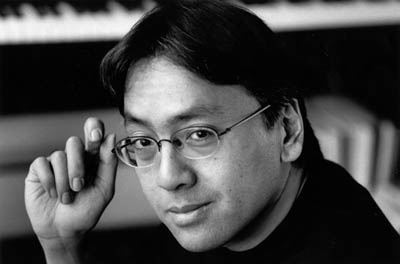 I’ve long loved The Paris Review interviews, but I’ve acquired a habit of counting the male/female balance of those interviewed, and often that’s enough to turn me away. The current issue isn’t any different: 7 men in bold on the cover, to 1 woman (Katie Ford, author of a beautiful poem “Earth“).

However, the feature interview is with Kazuo Ishiguro, an author I greatly admire. Indeed, he is one of the few male authors who can write absolutely convincingly from a female point-of-view — so convincingly, in fact, that I could not believe that his first novel, A Pale View of Hills, was written by a man. He continues to astonish with every novel he publishes.

Here are some snippets from “The Art of Fiction” that caught my interest:

I’ve never felt that I have a particular facility at writing interesting prose. I write quite mundane prose. I think where I’m good is between the drafts. I can look at one draft, and I have lots of good ideas for what to do with the next one.

The PR interviewer asked how the English setting for The Remains of the Day came about, and Ishiguro said that it started with a joke that his wife made.

There was a journalist coming to interview me for my first novel. And my wife said, Wouldn’t it be funny if this person came in to ask you these serious, solemn questions about your novel and you pretended that you were my butler? We thought this was a very amusing idea.

He became obsessed with the idea of a butler as a metaphor for classical British reserve, but also as someone who serves loyally, without any responsibility for the larger issues. He did a lot of research,

but I was surprised to find how little there was about servants written by servants … . It was amazing that so few of them had thought their lives worth writing about. So most of the stuff in The Remains of the Day about the rituals of being a servant was made up. When Stevens talks of the “staff plan,” that?’ made up.

I’ve long had trouble finding information on what it was, exactly, servants did, so I find this interesting. I’m considering writing about a man who was a loyal secretary to my character — his role would have been similar to that of an English butler.

At this point in the on-line interview, I must choose to purchase the print edition of The Paris Review in order to read what follows. I do, selecting “state” of Ontario (is this a plot?), and scrolling up the long list of countries from the pre-selected U.S.A. to find Canada. Now I’ll have to wait for the print issue to arrive the old-fashioned way, by burro-express.