Not a happy camper 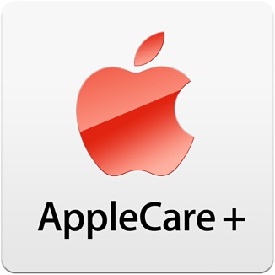 My personal well-being seems irrevocably tied to my computer, and right now both seem to be crashing. The computer is functioning, but has an intermittently threatening problem that casts a black cloud. Is this my guardian angel suggesting I break this addictive link?

No, that’s not a possibility. I’m in this marriage for good, but right now I’m not feeling well-treated.

I’m a Mac Person: I’ve owned Macs since the first 128 K in 1984. A writer cannot change computers while writing a book: an upgrade has to wait for the book to be finished. For some time I held off upgrading to the new operating system, a new super-deluxe MacBook Pro. Last fall, with Mistress of the Sun finally into production, I made the plunge.

The beautiful computer I purchased did not always function, however. I spent hours on the phone to Apple Care. I took it into the Apple Store Genius Bar in Toronto once, twice, three times. Three times I was told: “fixed.”

The third time is the charm: surely. I stuck a “History, I hope” post-it to the Computer Problem file and dared to take the new Pro on the road.

Where was I when that same old problem re-appeared? Boston? Kansas City? Milwaukee? I can’t remember now—what I do remember is the depression that descended. Today, in Denver for a few nights, after the problem persisted, I decided to see what I could do. I called Apple Care and was given to believe that a trip to the Denver Apple Store would not be in vain, that I was justified in thinking a replacement computer was in order.

But no—at least not in Denver, and likely not anywhere in the US (which calls into question this concept of Apple “Care”). It was bought in Canada, I’m reminded by the Genius (who was likely not even born when that 128K Mac was created, I thought meanly). Further, it is a custom computer—and would therefore take many weeks to replace. (Such is the reward for adding RAM.)

And so, I’m left fuming—I love this damn machine, but Apple is letting me down.