There were nine Greek muses. At one time they were goddesses of inspiring springs (such a perfect image), but then they became specialized. 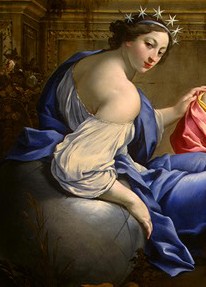 (I’m rather surprised to see a muse of astronomy, frankly, in such ancient times.)

I’ve illustrated Clio, the muse of history, for obvious reasons—but what does she actually inspire?