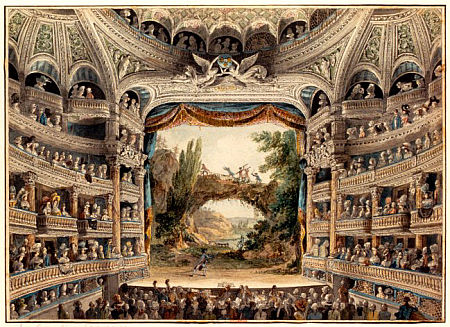 Curtain about to go up on The Shadow Queen

Perhaps one of the most heartening things for an author is when one’s work is understood. This review (see the link in @leaflette’s Tweet below) brought tears to my eyes.

I especially liked this from Leeanna’s review:

THE SHADOW QUEEN had just the right amount of historical detail to for me to perfectly imagine Claudette’s world, from the theatre to court. I’ve never had an interest in French plays or the history of them, but now I do, thanks to reading this book. Claudette’s parents are both actors, and so the beginning “acts” of the book take place in the theatre world. It was pretty cool to find out how plays were staged back then. Also, when Claudette moves to court, to be Athénaïs’ maid and companion, it was easy to draw allusions between both false worlds.

Thank you so much, Leeanna, whoever and wherever you are.

From the This ‘n That Department:

Have you noticed my new website design? I am very pleased.

Why I’ve been silent: so much to do. I am 4 days from pub date (OMG) and 6 days from heading north to Canada. (Yikes!)

My first event will be at the North Shore Writers Festival on Saturday, April 12, 2:30-3:30pm: Enlivening the Past, historical fiction writers’ panel featuring authors Sandra Gulland, Daniel Kalla, Mary Novik, and Roberta Rich is moderated by Jen Sookfong Lee. I am stoked to be seeing Roberta again, and am very much looking forward to meeting Daniel, Jen, and—especially, Mary, who I’ve long admired from afar.

If you haven’t signed up for my newsletter, be sure to do so now. (http://www.sandragulland.com/contacts/) With every newsletter, a subscriber wins a book. (I’m loving doing this.)

I was a bit over the moon that Flipboard mentioned my magazine in a Tweet:

The subscription has increased by over 500 already.

My #FridayReads is THE SHADOW QUEEN by @Sandra_Gulland; am just racing through it & can’t put it down, to detriment of work. Whoops…— Suzanne McGee (@SuzMcGeeNYC) April 3, 2014

What impresses a 20-something son?

What really impressed my 28-year-old son? My book on the best-seller list? NO: My Tweets making a Mashable list.

I haven’t been Twittering for long—since January, perhaps?

For those of you who don’t know Twitter, it’s a social networking site where posts can only be 140 characters long (as I recall): i.e. short. Obviously not conducive to big words, much less sentences—much less serious thought. 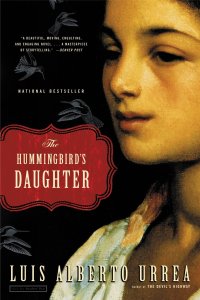 But it’s fun, rather in the manner of a hot ping-pong match. In fact, it’s become rather too much fun, I’m afraid (as in addictive). Luis Alberto Urrea, for example, author of The Hummingbird’s Daughter—a novel I love—regularly posts, plus a host of other writers and publishing-related folk. I’m star-struck. I admit it.

So today I got four Tweets in a row from Susan McKinney, a writer friend in San Miguel: Did you know … ?!?

I found the list, but it took some time to find myself. (Way at the bottom, under Miscellaneous—annoying.) But the list itself was interesting. “Literary Tweets: 100+ of the Best Authors on Twitter,” put out by Mashable, which I’d only vaguely heard of.

I emailed my son, Net Guru in NYC. He immediately wrote back: Oh. My. God. This may be the coolest thing (in my books) you’ve done!

And so, I have to admit, it has been quite a day. If you’re at all inclined, come Twitter with me in the “Twitterverse.” I’m at:

Now that I’m official, I’m going to endeavour to Tweet in a more —ahem—literary manner.

(And perhaps, when I’m dawdling writing The Next Novel, you might ask: “Too much time on Twitter, Madame Author?”)