The example of a book-signing marathoner 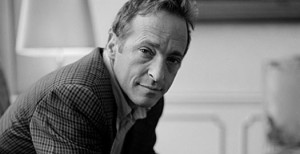 I had been met in the Philadelphia train station by my escort, waving my book to identify herself. She’d had a busy day: David Sedaris had had a reading earlier, from his new book, When You Are Engulfed in Flames. They’d arrived early, before noon, to sign stock. It was six now: my escort thought he might still be there, signing books. On the way to the hotel, we drove by the street the little bookstore was on: yes, there was a crowd at the door—standing all this time, in this heat!?

He’d been signing books for over five hours: I was amazed. I’d once signed books for over an hour and that had been exhausting. This was a pro, a gold-medal book-signing Olympic athlete.

Sheba, on Readerville.com, had this to say:

David Sedaris is a book-signing marathoner. He read here a few months ago to a large audience and finished up around 9:00 p.m. I didn’t have anything for him to sign, but I’d gotten my free ticket to see him from my friend, who is the director of development at the NPR station here. She and her daughter both had things for him to sign, so we stood in line for two hours, and the line behind us was still huge. Had I been on my own, I never would’ve waited in that long a line for anything, but my friend and I chatted, and there were spontaneous conversation groups developing throughout the line. One reason it moved so slowly is that Sedaris engaged in a leisurely fashion, very specifically and very personally, with every single person in line. He made much of my friend’s 14-year-old daughter, and when he found out my friend was with the NPR station and that pledge week was just winding up, he whipped out his checkbook and wrote the station a check for $500.00.

David Sedaris, apparently, not only has multitudes of readers but he greets each and every one. He takes his time, chats, asks questions: connects.

I started out with a slow procedure at book signings. (When there were only two or three people with a book to be signed, I wanted them to linger.) I arranged to have a chair beside me so that I could chat with each person face-to-face. I used a fountain pen that required some fussing. I made notes about each person in a special notebook.

Over time I’ve become more rushed: no chair for the reader, a Sharpie instead of a fountain pen. At my last readings, I even dispensed with the notebook—but now, I’m thinking: Why? Tonight, in West Chester, perhaps I’ll follow David Sedaris’s example, take my time.

And then I remember that there will be a long drive back to the hotel after, and an early, early morning wake-up for a flight the next morning for an event in Grand Rapids. There will be bookstore employees longing to pack up, go home to bed.

When European authors come to the US on tour, publicists are required to schedule three hours into each day for shopping. No doubt David Sedaris’s publicity schedule has to allow for five or six hours of signing and chatting after each reading.