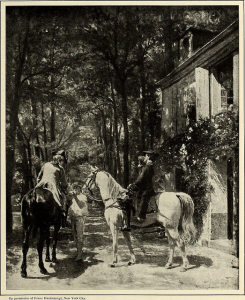 I’ve more-or-less unpacked. I’ve stacks of papers and books everywhere, thoughts scattered. Before I move on, I want to note down some memorable moments from my tour. There were so many.

Diane, my wonderful escort in Chicago, had previously owned a bookstore out west, not long before. She loved the Josephine B. Trilogy and had hand-sold lots. She told me how furious customers could get if the 2nd or 3rd in the Trilogy was not in stock. She and her staff came to call any frustrated customer response “that Josephine B. look.” (I love this.)

(An aside: Diane and one of the bookstore owners got into an interesting discussion on the differences between male and female book-buyers. Men, in general: don’t browse, need lots of space, don’t like being crowded, buy non-fiction, don’t discuss a book with staff or other customers, buy greeting cards in 15 seconds, while women will linger over the cards for some time. It was this last I found most amusing. I can’t imagine buying a greeting card without reading nearly every one on the rack, but I’d never imagined that I was hard-wired to do so.)

One of the most moving things about publishing is when other artists are inspired to create something of their own in response to a work. I’ve mentioned earlier in this blog meeting Rachel Maes, who wrote “To Destiny,” an 8-page epic poem inspired by the Josephine B. Trilogy. In St. Louis I met the director, Janet Park Datema, and dancer, Beckah Voigt, of the one-woman dance performance inspired by the Trilogy and performed in St. Louis in the fall of 2004.

Beckah, Head of Dance Program at Webster University, also does “energy work”—and treated me to an astonishing session. She knew nothing of Mistress of the Sun, yet during the session had a strong image of a flying white horse (which tells me that Diablo is still very much with me).

I loved meeting other authors while on tour. In West Chester, PA, I met Susan Holloway Scott, author of Royal Harlot, Duchess, and coming soon, The King’s Favorite, about Nell Gwyn. In a Borders event in Wilmette, IL, I met Aimée Laberge, Canadian author of Where the River Narrows. I had blurbed this wonderful historical novel, so it was a pleasure to meet Aimée. We had previously met, but only briefly, at a Writers’ Union AGM in Montreal. At another Borders event in Birmingham, MI, I met aspiring writer Karen Batchelor, a life coach who wants to write about her slave ancestors, and Philine Tucker, an award-winning romance writer who is now turning to historical fiction.

In California, I began seeing family at events. At Borders in Thousand Oaks, just north of LA, my sister Robin and her fiance Betsy (partners for decades and soon to be married this wonderful Summer of Love in California) as well as Betsy’s mom Alma greeted me enthusiastically.

While in LA, I met, at last, Dan Smetanka—a brilliant editor who had been so important in the evolution of Mistress of the Sun. We’d worked closely together—the relationship between an editor and writer can be intensely intimate—but had never met. We talked in an exploratory way about The Next Novel.

The following night, at famous Volman’s bookstore in Pasadena, I was surprised to see three people. First, Manuel Romo and his wife. My husband and I know Manuel well—we rent a casita from him when we go to a beach in Mexico every January—but I’d never seen him in a jacket and reading glasses and long pants, and certainly never expected to see him in California. He laughed at my puzzlement, “You don’t recognize me!”

Then there was Alisha and her husband Andy. Alisha is a cousin’s daughter (second-cousin, then?), and a dear family connection. She spends hours each week with the apes at the zoo and has learned how to communicate with them. I persuaded her to share this special language at my reading. I have it on video and will post it as soon as I get my computers sorted out.

And then there was Bonnie Sachs, with whom I’d shared a glorious week on horseback in the Loire Valley. We had a wonderful time relating stories.

Once in San Francisco, in the Bay Area, I was truly in home territory, a wonderful place to end the tour. At Book Passage in Corte Madera, I met virtual friend and author, Deborah Grabien, close family friend Andrée Morgana, who brought Suzy and Val from high school days (!), my brother’s wife Jenny with her mother and aunt, and—now back in northern California—soon-to-be sister-in-law Betsy. I’ve never had so many photographs taken—they were like paparazzi!

Then, the next day in San Francisco, after a full morning of bookstore stock signing, I had a wonderful lunch-meet with historical novelist Christopher Gortner, who glowingly reviewed Mistress of the Sun for the Historical Novels Society. It’s a special thing when a reader strongly “clicks” with your work, and the more so when that reader is a writer. Christopher’s novel The Last Queen will be out shortly ? I’m very much looking forward to reading it.

And then, at a wonderful last event in Oakland, at A Great Good Place for Books: brother Perry and Jenny (again!), aunt Dildar, my 90-year-old dad, Bob Zentner, who I induced to demonstrate in my wig. (Photo to come.)

Also there: writer, anthologist and pal Victoria Zackeim, her daughter and her daughter’s two daughters (such a beautiful family), as well as tra la! three members of Books et Al, a book club that had read Mistress of the Sun in draft before it was published, and whose feedback had been so important to the final final final draft.

And thus came to an end a four-week tour I had expected to exhaust and deplete me, but which I enjoyed enormously.

This photo was taken by Jenny at this last event: 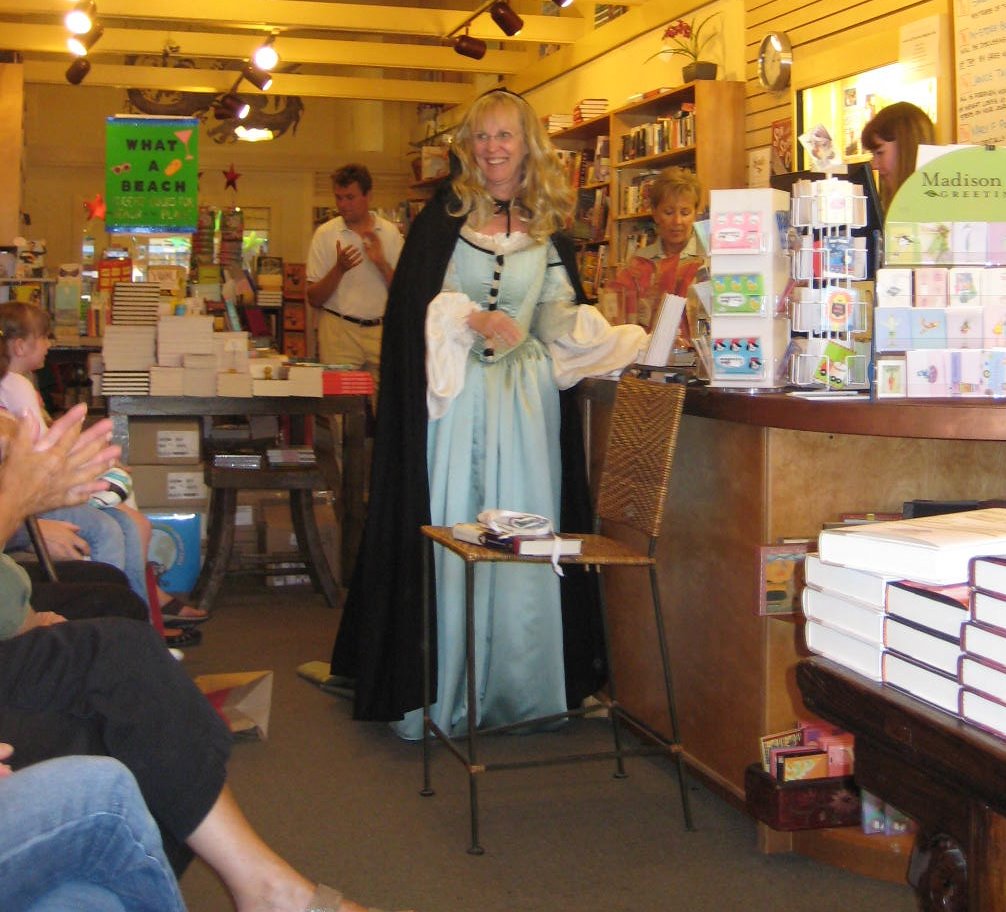