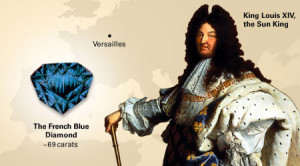 A French article, “On a retrouvé le mythique ‘diamant blue de la couronne‘,” solves the mystery of a beautiful blue diamond purchased by the Sun King, which was stolen in 1792. It has been identified as the “Hope” diamond in the Smithsonian Institute in the U.S.

Originally the diamond, known as the “Rose of Paris”, was purchased by Louis XIV. It was stolen during the Revolution and re-sized so that it would not be recognized. 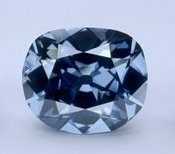 François Farges from the Museum d’Histoire Naturelle de Paris identified the connection to the Hope diamond after his team found the lead copy of the original diamond in the reserve of the museum. “I did not dare believe it. I did not sleep for one week. I woke every three hours to look at the photographs which I had taken. It was too beautiful to be true.” 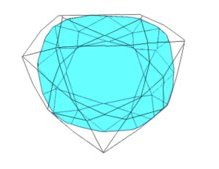 This sketch shows the outline of the original blue diamond, and the smaller Hope diamond within it.