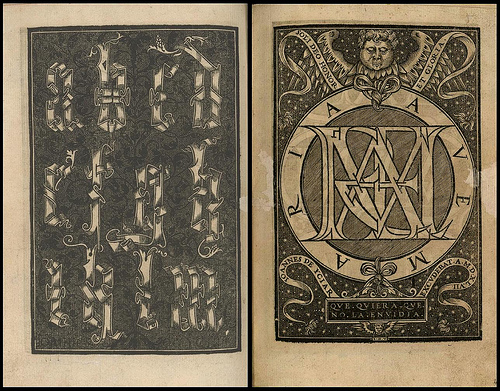 Writers often talk about whether it is better to be a “pantster” or a “plotter.” (Google “pantster or plotter” and you will get some idea.) A pantster is someone who writes “by the seat of their pants”—that is, without an outline. A plotter, of course, is someone who begins with a plan.

I myself am a firm believer in having some kind of plan. The late great Alistair MacLeod used the analogy of a carpenter, who does not just take a bunch of random nails and two-by-fours and start banging. She knows, first, what she is trying to build. …

Virtually everyone detests making a plan—which might be a fifty-page detailed outline, a one-page summary of plot-points or a loose pile of index cards. Most beginning writers resist making a plan, citing the many fine writers who work without one. These writers are also experienced and take a very, very long time to complete a project. 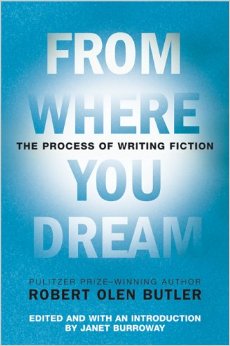 Robert Olen Butler‘s book From Where you Dream is excellent on the pros and cons of working with or without a plan. See Chapter Five: “A Writer Prepares.” His conclusion is that working with a plan helps get a book written faster.

A plan helps getting that first draft on paper. When I was first starting out, I assembled clumps of index cards for each scene: character notes, details, plot points. Now I spend months evolving a scene-by-scene plot before I begin a first draft. Either way, I basically know where I’m headed each day.

Having a plan doesn’t mean the plan isn’t flexible. It will change—dramaticaly—by the time it is transformed into an actual book. But a plan gives me confidence. It steers me in the right direction. Knowing loosely what has to happen in each chapter divides the process into baby steps. I can think of the book as a series of small tasks rather than one enormous one.

On plot, I highly recommend books for scriptwriters. 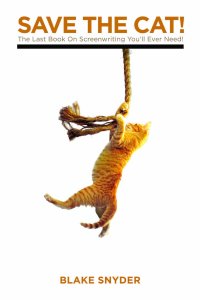 Save the Cat! by Blake Snyder is short, amusing and to-the-point. 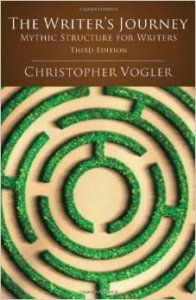 Another great book is The Writer’s Journey: Mythic Structure for Writers by Christopher Vogler.

Vogler’s story structure is similar to that outlined by Blake Snyder simply because we are hard-wired for story (as originally explored by Joseph Cambell in Hero with a Thousand Faces).

Vogler describes character archetypes—the mentor, the trickster, the shadow, etc.—defining the roles of the various characters in a story.

Examining your story in terms of the classic story cycle and identifying the archetypes your various characters play will help you to refine it, make it stronger … and get it written faster.

Other posts in “A writer’s routine” series:

A writer’s routine: how to get into a creative headspace

{Illustration at the top is from BibliOdyessy.}