The Adam Braver discussion on Readerville.com is over (although it will no doubt remain on-line). A number of things were said about that favorite subject of mine: the line between fact and fiction.

… any historical record has gaps in it, things we don’t and can’t know. If a writer takes the liberty of filling in those gaps, then we’re looking at fiction rather than nonfiction. But there’s no bright line between fiction and nonfiction … , and historical fiction (for want of a better term for books-that-include-real-people-or-events) is a long continuum. “Girl with a Pearl Earring” has real people in it, but the story is entirely fiction. Nobody knows who the girl was; Tracy made the whole thing up. So let’s say a book like that goes at the fiction end of the continuum. Then at the other end, what would be the nonfiction end, you’ve got a book like Capote’s, where it’s extensively researched and based not very loosely at all on real people and events, but narrative devices are used in the telling of those events. So it’s closer to documentary, but it’s literary documentary. 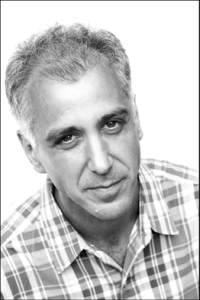 Adam Braver, in responding to a number of posts, said:

… the nature of storytelling has always been a combination of real details and added details—sometimes consciously for the sake of narrative, and sometimes unconsciously, as our memories reconstruct the events for a better narrative. So in that vein, I don’t mind these blends.

And then he said something very dear to my heart:

On an ethical level, however, I do think one has to be upfront with a reader, as there becomes an implied contract.

I think this “contract”—often in the form of an Author’s Note —is important in fact-based fiction. The reader needs to know where he or she stands.

Most of the unbelievable stuff is the real stuff. My imagination works best at seeping through the cracks, not in creating the larger than life structures.

That’s often how I work.

It makes no sense, I know, but when I hear “historical fiction” I think of events/people further back in history than the ’60s. But I’d also have a hard time applying it to a book like yours with a more (pardon the term) postmodern structure. Can a thing be postmodern historical fiction? I don’t know. But I think I’m sticking with “literary documentary” when trying to describe your work in particular.

And so, a new genre is born: postmodern historical fiction. I love it.