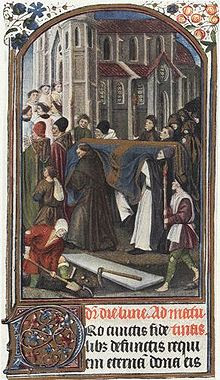 My father died recently, my mother many years before. I was with my mother when she died, and with my father in his last hours.

My mother had the good fortune to die at home, under Hospice care. My sister Robin and her partner Betsy came prepared with a bag of rose pedals.

In the dead of night, I was reading “Wild Swans” by Edna St. Vincent Millay to my mother when she breathed her last. It was a poem she had pointed out to me many decades before, when I was a teen. “It’s about death,” she’d told me.

I ran to tell my sister and Betsy, and then our poor grief-stricken father. Soon, Robin and Betsy set to work, cleansing my mother’s body. This was something they had done before for friends who had died. They dressed Mother in a lovely nightgown and sprinkled her all over with rose pedals. She looked beautiful, and at peace.

On news of our father’s death in the small hours of the morning, Robin and Betsy went immediately to the hospital. My sister insisted that she join the nurses in that ancient ritual: cleansing the body. “She does that,” Betsy assured the nurses, who were taken aback.

I recently read a beautifully touching article in the Huffington Post, Inside a Home Funeral, on the ritual of cleansing the body. As the writer said, he entered “a holy space.” My sister and Betsy are very special people, both strong and tender. I’m strong and tender, but not in that way—and I admire them greatly for it.

Too, their practice of helping to cleanse the body of a loved one has reminded me how it must have been in ancient times.

I was surprised not to be able to find any ancient images of a body being cleansed. It was certainly an important practice. From a website on funeral customs:

“Certain Jewish customs were adopted by the Church as “pious practices” (as distinguished from articles of faith) because of their association with the burial of their Divine Founder. An instance of this is the ceremonious cleansing of the body after death. St. Chrysostom writes of this as being “hallowed in the person of our Lord” (whose body was washed as soon as it was taken from the Cross). To the Christians this Jewish custom (the special obligation of a son to his father’s body) signified that the dead, freed from the stain of sin by the Sacraments, might be received into Heaven “where no unclean thing may enter.”

“The charitable St. Martin took particular care to search out the dead bodies of the poor and destitute, and we are told, “Never failed of washing them with fair water.” 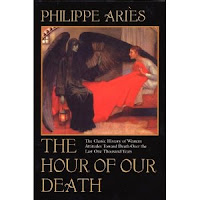 A very good book on the history of Western death rituals is The Hour of Our Death: The Classic History of Western Attitudes  Toward Death over the Last One Thousand Years, by Philippe Aries.