Happy April Fools’ Day … or is it April Fish Day?

What is the history of April Fools’ Day?

A reference to April Fools’ Day pranks has been found as early as 1539, in a comical poem by Flemish writer Eduard De Dene. Over a century later, in 1686, John Aubrey of England noted “Fooles holy day” observed on April 1st. At the end of the century, a British newspaper noted a popular April Fools’ Day prank: sending people to the Tower of London to see the lions washed.

In general, it seems that April Fools’ Day originated in Northern Europe and migrated to England. There are a number of theories on how this came about, but few conclusions. 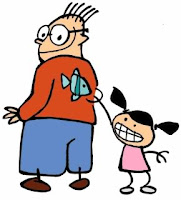 Traditionally, the French used Easter as the start of the year.  In 1563, the French King Charles IX declared January 1 to be the New Year. According to legend, those who kept to the old calendar and celebrated the New Year in the spring had jokes played on them. Pranksters would surreptitiously stick paper fish to their backs. The victims of this prank were thus called Poisson d’Avril, or April Fish, which is still the French term for an April Fool.

The French calendar-change theory is tidy, but for the fact that the switch to January 1 to mark the New Year happened very slowly over a century. 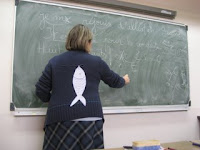 Another French theory traces the origin of April Fools’ Day to the abundance of fish to be found in during early April when fish have hatched. These young fish were easily fooled with a hook and lure. The French called them Poisson d’Avril, or April Fish. Soon it became customary (according to this theory) to fool people on April 1, as a way of celebrating the abundance of foolish fish.

In 1766, this note was published in Gentleman’s Magazine in England:

The strange custom prevalent throughout this kingdom, of people making fools of one another upon the first of April, arose from the year formerly beginning, as to some purpose, and in some respects, on the twenty-fifth of March, which was supposed to be the incarnation of our Lord; it being customary with the Romans, as well as with us, to hold a festival, attended by an octave, at the commencement of the new year—which festival lasted for eight days, whereof the first and last were the principal; therefore the first of April is the octave of the twenty-fifth of March, and, consequently, the close or ending of the feast, which was both the festival of the Annunciation and the beginning of the new year.”

I think this is a credible explanation.

Nearly every culture has a festival to celebrate the end of winter and the return of spring. Anthropologists call these “renewal festivals” and they often they involve mayhem and the wearing of disguises.

Might April Fools’ Day be the last vestiges of a pagan renewal festival?

The custom of playing practical jokes on friends was part of the celebrations in ancient Rome on March 25 (Hilaria) and in India on March 31 (Huli). The timing seems related to the vernal equinox and the coming of spring — a time when nature fools us with sudden changes between showers and sunshine.

Certainly we are often fooled by hints of spring!

For an excellent article on these puzzles, click here.