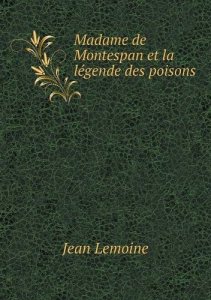 Yesterday I received a book ordered from France: Madame de Montespan et la Légende des Poisons by Jean Lemoine, a French historian I admire greatly. I inhaled this book, eager to know his thesis—his verdict regarding the guilt or innocence of Athénaïs with respect to dealings in Black Magic, Spanish Fly, infanticide. The plot of The Next Novel hinges on this crucial question: was she guilty? 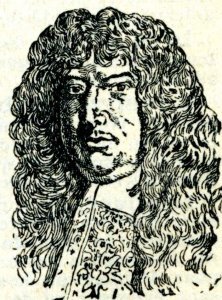 Lemoine’s thesis, at quick glance, seems to be that Athénaïs and a number of others accused by the prisoners of heinous crimes, were personally “encouraged” to embellish their testimonies by the Minister of War, Louvois, who was, in effect, carrying out a private vendetta against his arch-rival, Colbert.

Louvois shows up as a demon with respect to the horrific punishment inflicted on Lauzun. The earliest known record regarding the Man in the Iron Mask is a letter written by Louvois (July 1, 1669). He is also blamed, by some, for the dragonnades, the atrocities suffered by the Huguenots.

Lemoine indicates that part of what fueled Louvois’s vendettas was rejection by the aristocracy. Here’s a quote from the Net:

For all his ability and power, Louvois was never accepted as the social equal of the commanders who carried out his orders. The great Turenne dismissed Louvois as little better than a valet or clerk. But Louvois was by nature thick-skinned and bull-headed, characteristics he needed to make himself obeyed, although they hardly endeared him to the court. 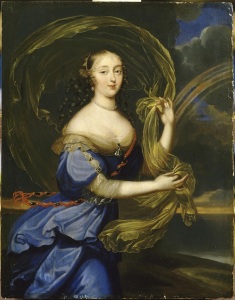 According to Somerset’s book on the Affair of the Poisons, Primi Visconti believed that Louvois’s efforts to compile evidence against Olympe was fueled by her mocking him when he fell off his horse out hunting, and her contempt at the suggestion that his daughter marry one of her sons.

According to Hilaire Belloc in her book Louis XIV, Louvois was almost insanely violent, a relentless persecutor who was indifferent to people’s suffering. (He was, on the balance, passionate in his devotion to the King. They were close in age, and had known each other since childhood.)

I’m a writer of historical fiction, and I smell a rat, here—a true villian.