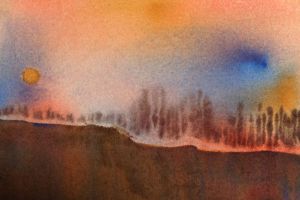 Yesterday, I went to a watercolour class. Before heading out, I searched my computer for for the address, but up popped a biographical essay I wrote many years ago: “Watercolors.”

It’s about my teen years, and about my mother, but most of all it’s about creativity and renewal. I wrote it for an anthology edited by my friend Victoria Zackheim: The Face in the Mirror; Writers Reflect on Their Dreams of Youth and the Reality of Age. It’s a biographical essay, as close as I’ve ever come to a memoir, and rereading it again brought tears. I’m thinking I might publish it as a chapbook, sub-titling it “An exceedingly short memoir of a rather long life.”

How à-propos that this essay should have reappeared just now, for I’ve been in the betwixt and between fog that it addresses—a fog I go into after a manuscript is sent out and before a new draft or novel is begun. In the essay, watercolours are seen as key to reviving creative doldrums.

(I’m reminded of a chapbook by Henry Miller I treasure: To Paint is to Love Again. 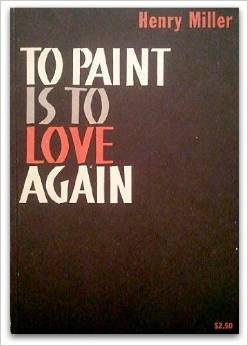 It’s a collector’s item now, a bit expensive, but you can hear him reading from it on YouTube.)

The class, taught by Canadian artist Donna Dickson, was excellent: tools and techniques and, for me, total absorption for a good three hours. Writing is such a mental, even abstract art, it’s refreshing to engage with the physical world in this way.

Above is a snapshot of a watercolour I painted this summer. It wouldn’t be honest  to claim that it’s only the process that matters, but in truth it really is about process … and right now my process is learning techniques and how to use the tools.

That said, what I love most about the visual arts is that they open me up to seeing the world in a new way.

(See To Paint Is to Love Again: Henry Miller on Art, How Hobbies Enrich Us, and Why Good Friends Are Essential for Creative Work on Brainpickings.com.)

Here is the painting I did for Donna Dickson‘s class. She’s an excellent teacher. Watercolours are such a pleasure! 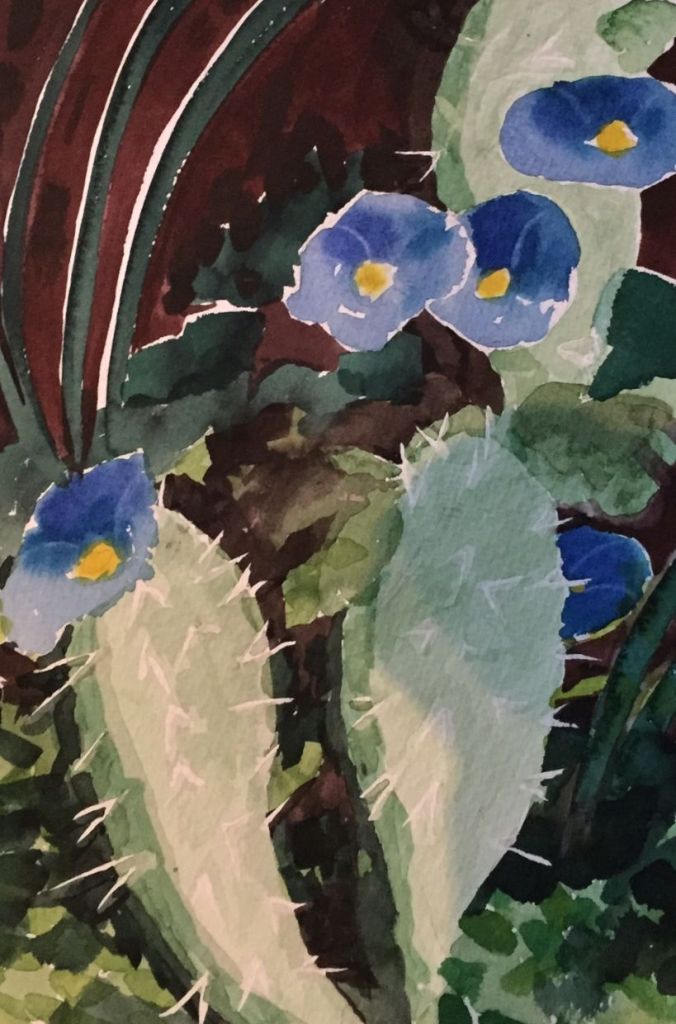