Machine Without Horses: a beautiful historical novella by Helen Humphreys

The two reviews I read of Helen Humphreys newest publication, Machine Without Horses, were somewhat negative, claiming that the combination of memoir and fiction simply do not work. Humphreys is one of my favorite writers. She never fails to please, and so I was curious.

I’ve just now finished it and I beg to differ. I found this to be an innovative and inspiring work.

Machine Without Horses is billed as a novel: therein, I think, lies the problem. The first half of this “novel” is a memoir of the author researching and thinking through how to write about her subject, Megan Boyd, a famous fishing fly maker from Scotland.

I particularly love the author’s thoughts on writing. Coming from Humphreys, these are gold. Here are some examples of her thoughts on character development:

The beginning of a life is often the start of the story. Character is formed from the early incidents and accidents, from sudden trauma, or reassuring constancy. These are more important than aspects of personality because they are the ground on which the inherent nature of the person blossoms or is stifled. (Page 7)

I particularly like this because it jives with my current thoughts on character development. (See my thoughts regarding the book Story Genius.)

When I set about making a story, one of the first things I think about is the motivation of the main character. What is it that they want? What are they driven by? Story is created from combining a character’s motivation with their circumstances. (Page 16)

In this section of Machine Without Horses, the author is taking lessons on making fishing flies.

“Anything will help,” I confess.”I’m trying to work my way inside her mind before I write about her.”(page 24)

Her teacher Paul asks, “How do you get inside someone’s head to write about them? Especially someone who was a real person?”

This is the sixty-million-dollar question, and one that I don’t really have a definitive answer for because I’m constantly shifting my thinking about how to accomplish this kind of transference. It is hard enough to be oneself. How can we effectively become someone else? (pages 26/27)

The trouble with writing a novel is that there are so many ways to make mistakes that you just have to give up on the idea of getting it right. Instead, you have to choose a few aspects to remain faithful to and do your best to make everything else as believable as possible for the reader. (page 33)

I especially love this passage:

A writer must slowly build a story and characters, as though they were making a machine, with each part intersecting snugly, each sentence casting forward to hook onto the next. You must lean the way they lean, have the understanding they have, never step outside the limits you have determined for them. You cannot just kill them off with no real warning. It will feel unbelievable to readers and they will stop trusting your story. Fiction is measured and reassuring in a way that life isn’t, and perhaps that’s why we read it, and also why I write. (pages 89/90)

Throughout this section, there are now and again descriptions that echo fly fishing, i.e. “each sentence casting forward to hook onto the next.”

Starting a novel is like starting a love affair. It demands full and tireless attention or feelings could change. Commitment takes time, and so there must be a rush of passion at the beginning. This means that the other life of the writer, the “real life,” has to fade into the background ground for a while. (Page 11–12)

When I’m working on a book, I just wear the same clothes day after day, eat the same food with no variation. Novel–writing and depression have a great deal in common, as it turns out. (page 41)

This is a spare book, only 267 pages, and this section on Humphreys preparing to write about her subject accounts for more than half of it. The last 120 pages is the work itself, a beautifully spare biographical novella about Helen Boyd. 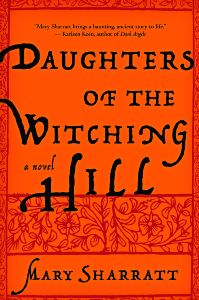 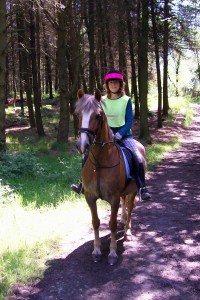