Dream it, and it will come

In Mistress of the Sun, I created a locked cabinet in which Athénaïs kept her secrets. Now, it appears, that such a cabinet has been found. “Secrets of rare Louis XIV cabinet unlocked,” an article in the U.K. Telegraph, reports the discovery of an ornate cabinet, the only surviving furniture from Louis XIV‘s Versailles. It is thought to have belonged to Athénaïs because it is decorated with the flower and animal images dear to her. Not many pieces of furniture have survived from the Baroque era, and this is one, made of ebony, marble, and bronze guilt, and encrusted with semi-precious stones is one of the most opulent.

Most of the drawers are locked, so it was definitely a place where she might have kept something precious … or secret (such as love powders and spells). 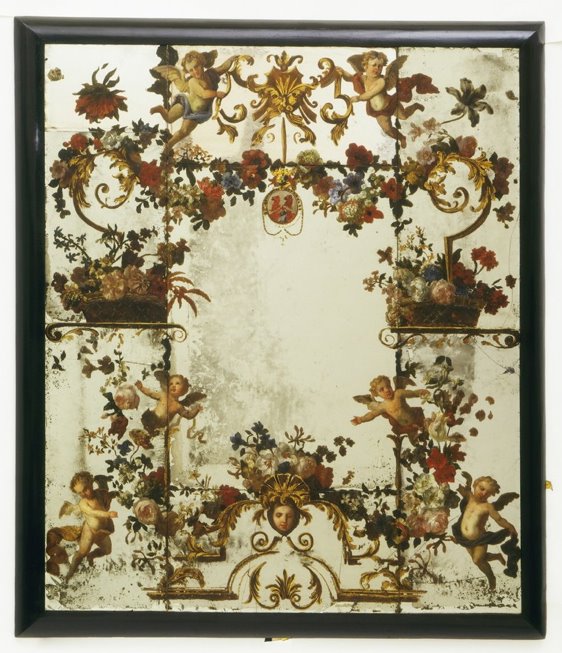 This cabinet, along with other examples of Baroque style furnishings, will be shown in an exhibition at the V&A museum in London April 4 to July 19: Baroque 1620 – 1800: Style in the Age of Magnificence. I wish I could be there, but the V&A website for the show is a visual treat, in an of itself.

(Shown here: a mirror from the V&A show. Mirrors painted with flowers and other motifs were first used in Italy during the Baroque period.)