. .
I’ve been writing about The Memoirs of Madame la Marquise de Montespan, “written by herself.” According to French historian Jean-Christian Petitfils, these were first published in 1829, in 2 volumes, and although well written (“assez bien faits”), they are apocryphal, attributed to Philippe Musoni. I’ve been searching for information about Musoni, but so far without luck.

Playwrite Lynn Nottage asked”Why write them?” Why would someone write a false memoir? I suggest that the motivation may well have been lucrative as well a literary tradition, a form of historical novel, a biographical historical novel, such as I write. 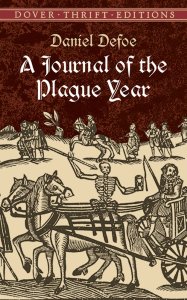 Some of the earliest historical fiction published were false memoirs: Journal of the Plague Year by Daniel Defoe, is one example. The Journal was based on the eyewitness experience of Defoe’s uncle Henry Foe, which was expanded by the author’s research. (Defoe was only 5 years old at the time of The Great Plague.) 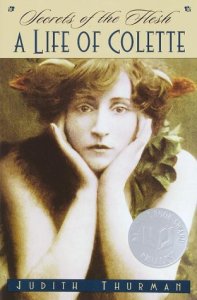 I’m reading Secrets of the Flesh: a Life of Colette by Judith Thurman, and on page 79 she talks of Masson, a friend of Colette, whose specialty as a writer was “the elaborate literary hoax.” His false diary of Bismarck caused a diplomatic crisis between France and Germany. 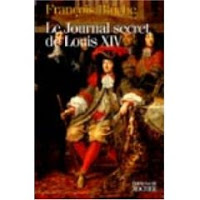 Recently, Veronica Buckley, the author of Madame de Maintenon: The Secret Wife of Louis XIV, had been fooled into believing (and therefore quoting, much to her later embarrassment and her publishers expense) that the “secret” diary of Louis XIV, Le Journal secret de Louis XIV, presented as “discovered” by esteemed French historian François Bluche, was, in fact, real. It was not. “Ce livre est apocryphe!” exclaims an Amazon.fr reviewer. It was fact-based fiction, written by Bluche, and presented to the reader as the real thing. I fell for it myself until I was a few pages in, and began to check some of the dates and facts. (Bluche could have done a better job with the facts, frankly.)

Josephine‘s false memoir intrigued me for years: clearly, someone had access to inside information. My own hunch, and it was never more than that was that Josephine may have read and made corrections to it, perhaps even added footnotes.

These false memoirs are not the same, in my view, as “fake memoirs”, where the author is, in fact the author, but the so-called memoir is fiction (i.e. the recent “memoirs” by Margaret Seltzer, JT LeRoy, James Frey and Herman Rosenblat).

A false memoir, as I’m defining it, is a memoir of a known person, written by someone else. When I first was going to publish the diaries of Josephine Bonaparte, I set it up as a false memoir, with a made-up introduction by an academic, etc. I never expected that it would, in fact, be taken for real, but after someone who working for my publisher asked, confused, “Is this a real diary?” I was persuaded to change it.

I’ve been taken in by fake memoirs many a time: I’m still, fifty years after the fact, under the thrall of The Teachings of Don Juan: A Yaqui Way of Knowledge by Carlos Castaneda. A slender book borrowed from a Quaker library, the diary of a young Quaker, enchanted me, and sent me on a quest to London. It, too, proved to be false.

I like the title of this publication: A king’s last days : true and false memoirs of Louis XVI’s valet (by Morna Daniels), because, for me, such memoirs are both true and false.

And, of course, there is the other side of the coin, the true memoir disguised under a fake name, or a true memoir discredited by historians. It’s not unusual for a memoir written by a woman to be attributed to her male secretary because it wasn’t believed possible that a woman could write.

More on this intriguing subject anon … .