I’m reading Madame de Maintenon: The Secret Wife of Louis XIV by Veronica Buckley. I’ve mentioned this book here before: Buckley was reported to have quoted extensively from a fictional diary of the King. I see no evidence of this yet, so presumably the error was caught before this edition went to press.

I’m finding it an engaging read in spite of the fact that Buckley is predisposed to think very poorly of the King and Colbert. I’ve previously found Maintenon boring, but this account makes her seem quite interesting. (Quite!) However, I can’t really trust this author. 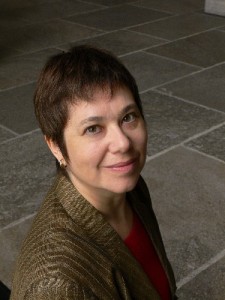 There are small errors in detail, at least I think they might be errors. Buckley mentions Maintenon shopping in boutiques along the Cours-la-Reine around 1660. I’m not sure that there were such things as fashion retail shops at that time. (I’d want to check.) She also mentions tipping a servant with a coin out of a purse. Again, I don’t think purses existed as such at the time. 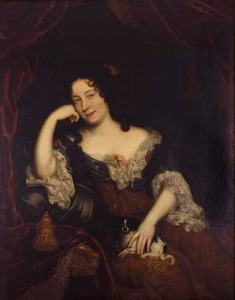 But these are small and unimportant. When we come to Louise de la Vallière, I know the account to be false. Regarding Athénaïs, for example:

“She’s desperate to make me fall in love with her,” [the King] said to Louise, and they laughed together…

Louis is reported to have said this to his brother, not to Louise (if indeed he said it at all). This account, however, makes for a better story; the so-called non-fictional account is in fact something of a fiction. A good fiction, parsed together out of scraps of fact. Here’s another example:

Surprisingly, the normally bashful Louise had declined to shrink away into oblivion, returning from Paris to Saint-Germain without waiting for Louis’ permission. “Madame de la Vallière is quite reestablished at court,” Madame de Sévigné reported … . “The King received her with tears of joy … .”

The quote is correct, but refers to an entirely different episode, that of Louise being coerced to return to the court from a convent.

Examples such as these make me distrust all the other parts of this otherwise delicious biography. When I record notes from this book, I will also note that the source is unreliable.