Louis XIV and his heirs: a tragic history 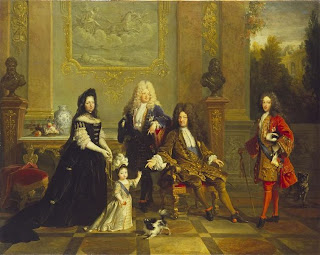 Louis XIV, his son, grandson and great-grandson (tended by his governess), in a painting attributed to Nicolas de Largillière.


All the King’s heirs would predecease him suddenly, one after another. For a clear account, read this blog post by Catherine Delors: here. She has also posted a moving portrait of the surviving child, the future King Louis XV: here.