Portrait of the young Louis XIV 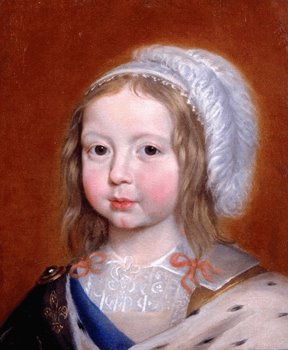 Susan Holloway Scott, author of a number of fine novels about kings and their mistresses, brought this portrait of the young Louis to my attention.

As stated on the Philip Mould Fine Paintings website, young Louis succeeded to the French throne in 1643, just before his fifth birthday. In this portrait, painted in that year, you can see the insignia of Kingship: the cordon bleu of the Order of Saint Esprit and the ermine -lined robe embroidered with gold fleur–de–lys.

Louis, “the God-given”, was adored by his mother, Queen Anne of Austria (who was, in fact, Spanish). She gave birth to him after 22-years of marriage and a number of failed pregnancies. As a child he was described as gentle and docile, according to his confessor, and overly meek and submissive, according to a governess. 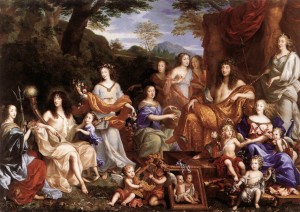 For a gallery of portraits of the family of Louis XIV: click here.