Research: the perfect excuse for the procrastinating writer 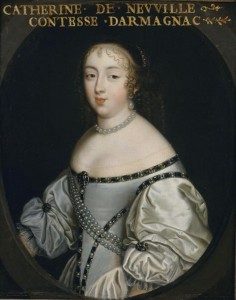 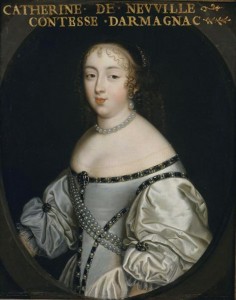 I’ve been obsessed for two days, trying to find the hôtel (home) of la Comtesse d’Armagnac (Catherine de Neufville de Villeroy), who gave a very fancy party for the King and select members of the court on December 14, 1665.

This fête features in the novel I’m writing now because my heroine’s mother plays in the somewhat sneaky production of Racine’s Alexandre the Great offered there.

(Sneaky because the play has just opened at Molière’s theatre, and this production is given by his arch-rival, the actors of the Bourgogne theatre. A few days later the Bourgogne will shock Molière’s troupe by opening the play themselves. In consequence, Molière, Racine’s mentor, will never speak to the young Racine again.)

It’s hard to write a scene if you don’t know where it’s happening. Guessing is allowed when the information is scarce, but I prefer it to be an educated guess. What plagues me is that I know that this information is out there, somewhere, and it becomes such a tantalizing puzzle trying to find it. I’ve not found her hôtel (yet), but I’ve certainly found out quite a bit about Madame la Comtesse. (Fourteen children and still a beauty.)

It’s a guilty obsession, research: I know I’m avoiding getting on with the revision of the novel; this scene is not that important, after all. Yet even so: I persist. Is there an AAA for researchers?

For more on my research process and research in general, go to On Research.