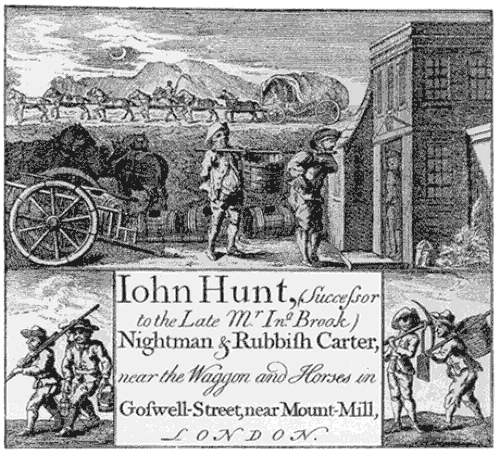 As I’ve no doubt mentioned before, I’m a big fan of Renaissance magazine. I devour every issue as soon as it arrives. It’s largely intended for devotees of living history, specifically those who participate in Renaissance fairs. That aspect of the publication doesn’t appeal to me, but their historical background and news items are fantastic. I end up tucking at least one article per issue into a research database (by photographing and emailing it to Evernote).

I dog-eared two articles in the April/May 2013 issue: one on the Weald and Downland Open Air Museum in England (drool, some day I hope to go), and the other on that most secretive of topics—the privy.

I was taken aback by this remark by a travelling Italian priest in 1518:

“Whereas in Germany there are one or two tin chamber pots to every bed (in Flanders they are made of brass and very clean), in France for want of any alternative, one has to urinate on the fire. They do this everywhere, by night and day, and indeed, the greater the nobleman or lord, the more readily or openly he will do it.”

I’d read of this practice — I have such a scene in my last novel, Mistress of the Sun, when a child is overtaken with the need to relieve herself — but frankly, I didn’t think it so commonplace.

The French, in turn, are reported to have been horrified by the British habit of men relieving themselves at the dining table:

English gentlemen, known for their prodigious drinking habits, were wont to relieve themselves where they were – in the dining room, for instance, or in a common room of a public inn – where they did not always aim straight and true (as the young man at left), much to the chagrin and disbelief of French travelers, some of whom wrote about this unsanitary habit. (As reported in a review of the book Privies and Water Closets by David J. Eveleigh on the excellent blog, Jane Austen’s World.)

Some details from the Renaissance magazine article that may show up in one of my novels:

“Night men”—who cleaned out the cesspits—were well paid, as much as skilled tradesmen.

Refreshing a privy with juniper.

One sometimes sees images of several privy holes all in a row. I have a friend who restored a house in Mexico, formerly a monastery. What’s now their breakfast nook was once a three-hole privy. I suspect this was a social time. (Let’s see this in fiction!)

Of course people would build their privy over a river or stream, but what to do in town? Some built a privy on a sort of bridge connecting two houses, emptying into an alley. (Gross.)

The wealthy, of course, often had more elegant solutions … 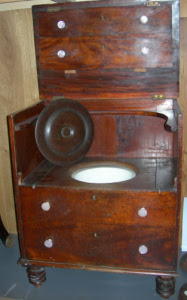 Coincidently, just this week there is a post on this subject — “Secrets of a Roman Sewer” — on the wonderful historical blog Wonders & Marvels. There is a great deal to be learned from “poo,” but I’ll leave it at that.

I know this subject seems like an unpleasant diversion from writing about a glamorous Hoyden or Firebrand, but when writing about such a person in fiction, one rather needs to know! As well, I confess: my husband and I had an outdoor privy when we moved to our log cabin in the country, decades ago. I think of it with great affection. As a mother of toddlers, I would enjoy a quiet minute or two on what my own characters refer to as “the necessary.”