The Black Nun of Moret 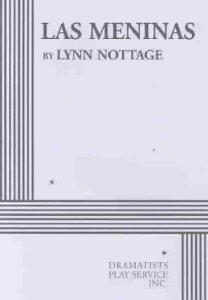 I was delighted to get an email from Lynn Nottage, author of the play Las Meninas, in response to my earlier post on the Queen’s black baby.

I’d definitely welcome a conversation about the research I did for my play Las Meninas. The book that I found in the public library (the original copy), was translated into English in the early 1700’s from Montespan‘s Memoir written in the late 1600’s. It has been some years, but I will dig through my files and share what I found. If indeed Montespan didn’t write the memoir, it is a highly imaginative and detailed account of the Queen’s “black” child, detailing her birth, her childhood and her eventual placement
in a convent. I’d love to discuss. If it is an invention, I’d love to
know the reasons behind such an invention in the late 1600s and why this rumor turns up in so many accounts. 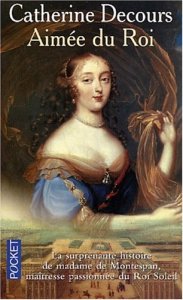 Regarding the Memoirs of Madame de Montespan (translated into English and available on-line), they are generally regarded as not, in fact, written by her, but I didn’t know more so I turned, as so I often do, to the sage wisdom of Gary McCollim, who wrote:

As to the actual author of the so-called Mémoires of Madame de Montespan, the name generally given as the author is the Abbé Philippe Musoni. They were first published in 1829. This is according to Catherine Decours bibliography at the end of her pseudo-mémoires of La Montespan published in 2001 under the title Aimée du Roi. Jean-Christian Petitfils also includes this notation in his bibliography to his biography of La Montespan.

In my own bibliography, I had noted that these faux memoirs were “Written by Abbé L. Lafont d’Aussonne, d’après Quérard.” Gary looked into this and reported back:

A brief search on the Internet reveals that Querard was an early nineteenth century writer who published a guide to writers in the nineteenth century including Lafont d’Ausonne. However, the listing of the books written by Lafont d’Ausonne does not include the memoirs of Madame de Montespan, although he did write a two volume history of Madame de Maintenon. Most of his work was on Marie Antoinette.

So: according to this, Abbé Philippe Musoni is likely the author, and the Memoirs were first published in 1829. This doesn’t jive with the memoirs Lynn Nottage read, which were translated in the 1700s.

I did a deep search on the Net, and didn’t come up with anything about Musoni or Lafont d’Aussonne, but Wikipedia does have an entry on Louise Marie-Therese (The Black Nun of Moret) which touches on a number of the theories.

Faux memoirs are interesting historical documents because they frame a view of history as it was seen at that time. The Memoirs of Madame de Montespan are particularly interesting because, in parts, they are full of wit, humor and detail. I had the impression that the author must have been a member of the court. Who was the author — and how did he or she get such detailed information? It’s a mystery that I would love to see solved.

Since then, Lynn Nottage has written me again, giving me the references in the Montespan Memoirs. More on this anon ….