The conception of Louis XIV 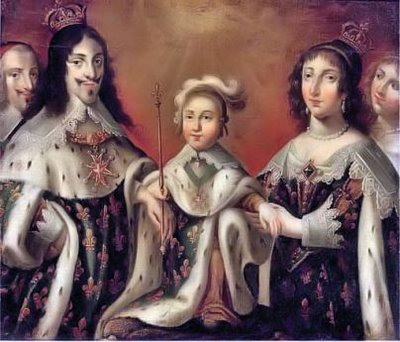 Gary McCollim, a wonderful historian, posted this recently to the Louis XIV Yahoo list group. He answers very clearly the “urban legends” about the conception of Louis XIV.

[blackquote]”We have all heard the story of how on a stormy night in December (December 5?) 1637, King Louis XIII was forced to seek shelter for the night in his palace at the Louvre where his queen Anne of Austria lived. Since there was only one bed fit for the king to sleep in, he spent the night with his estranged wife and nine months later she gave birth to Louis XIV. This is the night of Saint-Germain. 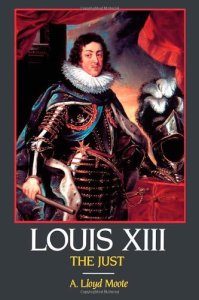 [blackquote]”In reading Jim Collins’ history of France, he discusses this myth and provides bibliographic citations for reading further on this story. Jim puts his faith in A. Lloyd Moote’s biography of Louis XIII. Moote relies on the journal of Louis XIII‘s doctor Hérouard who meticulously followed the king’s health until Hérouard’s death in 1628. During the time Louis XIII and Anne of Austria were married, they slept together at least twice a week up to 1628. After that time, we do not have the kind of record of their relationship to follow. 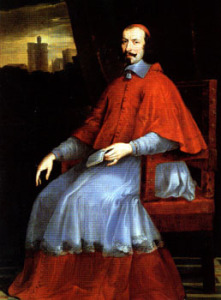 [blackquote]”Moote dismisses various spurious stories about Louis XIII and the paternity of Louis XIV. For example, Mazarin was in Rome during the time when Anne of Austria became pregnant and during her pregnancy. Yet, Moote says he has been told in all seriousness by scholars that Mazarin was the father of Louis XIV.

[blackquote]”Anne of Austria may have had as many as five miscarriages during her 23 year marriage to Louis XIII before she gave birth to Louis XIV. I say may because some of these pregnancies may have been hysterical, products of her imagination and failure to menstruate when expected. She did have two miscarriages that are believed to have been real, the last in 1626.

[blackquote]”Moote shows that Anne of Austria had reconciled with Louis XIII with the encouragement of Cardinal Richelieu during 1637 with the reconciliation made official by two memoires written on 17 August 1637. Prior to that final reconciliation, the king and queen had been estranged with the queen suspected of corresponding with her brother the king of Spain. She agreed to cease such correspondence along with other issues that troubled the always suspicious Louis XIII. Thereafter, marital relations resumed between the two royal spouses leading to the queen’s pregnancy and the birth of Louis XIV.

[blackquote]”By Moote’s reading (and Collins’ as well), the myth of the night of Saint Germain was a product of royal propaganda designed to show that Louis XIV was a product of divine intervention, indeed he was the God-given, the Dieudonné. Thus, those who find the story incredible are correct but not because Louis XIV was the product of an illicit relationship between Anne of Austria and another man but because we were ignorant of the fact that Louis XIII and Anne of Austria had resumed their sexual relationship several months earlier.”