The Hour of our Death

I have a number of new research books, and a few nights ago I began reading The Hour of Our Death; the Classic History of Western Attitudes Toward Death Over the Last One Thousand Years by Philippe Ariès. [Trans. From the French by Helen Weaver. Barnes & Noble; New York; 1981] Immediately I got up to look for a highlighter and pencil. This book is going to be fruitful. 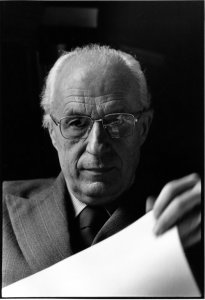 One thing I found of interest was this statement:

People lost consciousness frequently in those days, and even rough warriors, fearless and brave, swooned on every occasion. This emotional susceptibility on the part of men lasted until the baroque period. It was not until the seventeenth century that it became important for the male to master his emotions. (page 6)

However, I’ve noticed that even in the baroque and even into the late 18th century, men were a lot more emotional than we’re accustomed to seeing them today. Louis XIV wept publically on a number of occassions. Politicians in debates during the French Revolution would break into tears (while declaiming that women were too emotional to vote).

Why was it different then? Why has it changed today? It’s a subject that puzzles me.

One simplistic theory I have is that history progresses as a human being progresses. The Middle Ages, for example, strike me as child-like. There was little self-consciousness about nudity, for example, in the way that very young children can be indifferent. Sometimes the way people acted during the baroque period reminds me of Grade Nine: cliques, petty squabbles. I want to say, Oh, grow up! The Napoleonic Era is more like a twenty-year-old, passionate and self-righteous.

And, given all that, what are we now?

Beliefs: that the dead are always present, but that they are only visible to those about to die. (page 7)

I find this sweet and comforting.

Signals of death:
The tolling of a bell that rang all by itself.
Three knocks on the floor.

Then, as now, there was a difference between what the literati believed, and the beliefs of the common people.

Unlike today, where we take great pains to deny that death is imminent, in the past it was considered important for someone to know that he or she was about to die. Sometimes a warning or premonition was taken to an extreme, and the dying person would hasten to arrange a funeral, have the house draped in black, Masses said ahead. And then die on the day and at the hour indicated! (page 9)

Unlike today, to avoid death’s warning was to make oneself ridiculous.

It was considered natural for Death to announce his arrival, so Death should not be sudden: mors repentina. If there was no warning, the natural order of things had been violated (and perhaps considered the wrath of God). Therefore, a sudden death was regarded as shameful. A vile and ugly death. Frightening, a strange and monstrous thing that nobody dared talk about. There was even debate about whether someone dying alone and suddenly should even be buried in a cemetery.

Another twist: if killed by a criminal: the victim was dishonored, compared to someone who died while committing adultery or playing a pagan game (i.e. any game other than a knightly tournament). The victims of a murder might receive a Christian burial, but would be fined. Even King Henri IV, who died as a result of a knife attack, was not exempt:

In their funeral orations for Henri IV, preachers felt obliged to exonerate the king from the ignominious circumstances of his death under Ravaillac’s knife. [page 12]

This is a long, detailed book, and endlessly fascinating. I’ll be with it for some time.