Molière’s wife Armande: a story that begs to be told 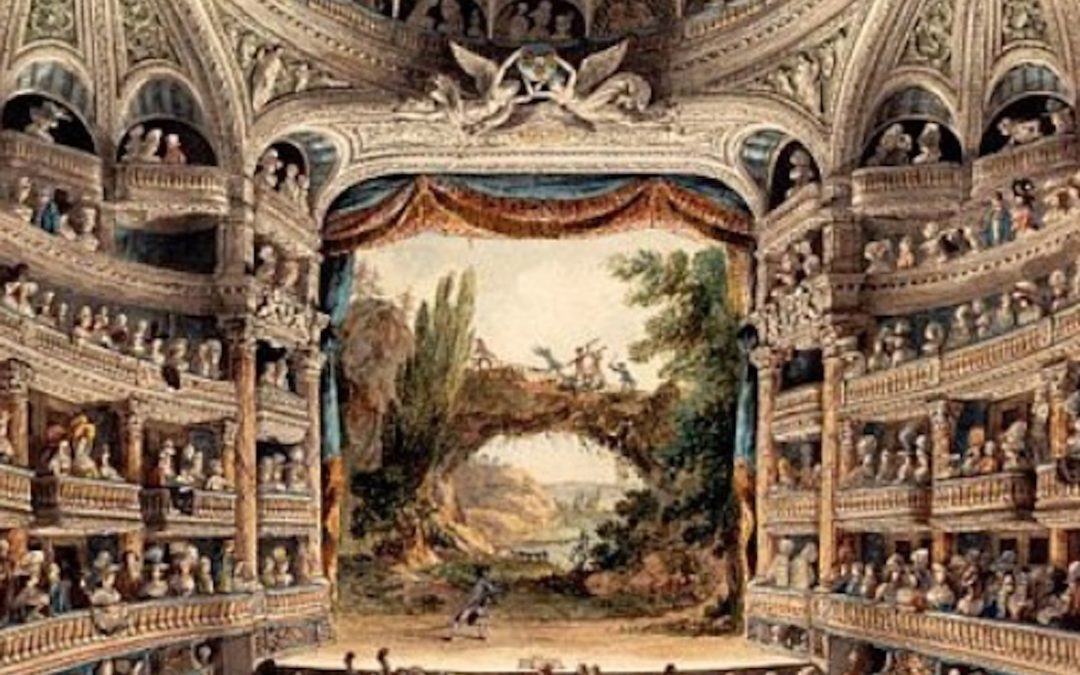 In preparing for a video presentation of The Shadow Queen  to book clubs here in San Miguel de Allende, I’ve been revisiting the world of that novel — especially the magical world of 17th century theatre in Paris. Rereading this blog post, written long ago, I was captured once again by the story of Molière and his much younger wife Armande. Theirs was a story I was planning to write before I got spirited away into the world of The Game of Hope.

And so here, to share, is my post from 2009, spruced up with wonderful visuals. (Thank you, Internet!)

I’m doing a great deal of research right now into the theater world of 17th century France. My focus is on Claude de Vin des Oeillets, the daughter of actors, but along the way I’ve been encountering many wonderful characters. So many stories! 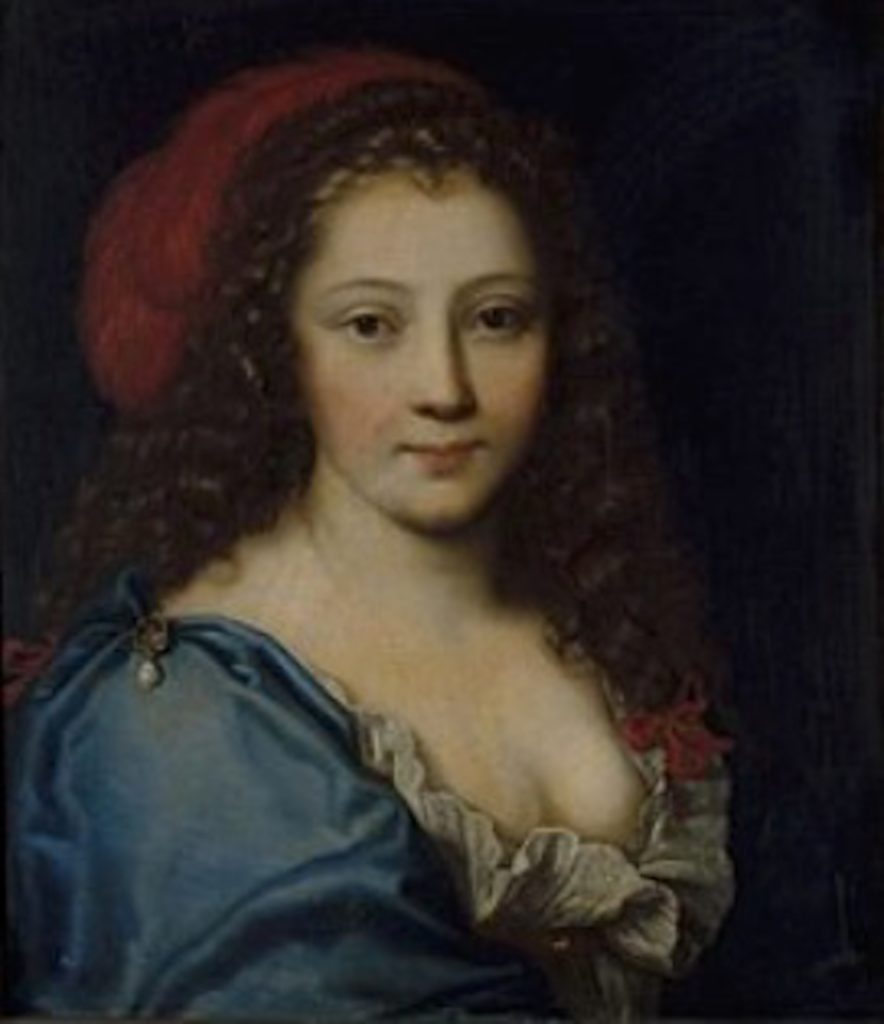 One, in particular, is that of the actress Armande Béjart, Molière‘s wife. He was 40 when they married, she only 17. She had known him all her life, and must have regarded him as something of a father and teacher. Indeed, he had taken charge of her education as a child.

They were a miserable couple. It is said that Armande was heartless and vain. She was considered a frivolous, giddy flirt, and was quite likely unfaithful (possibly to Lauzun, and possibly to the comte de Guiche); certainly Molière was consumed by jealousy. After the birth of a son, and then a daughter, they lived apart, yet they continued to work together closely on the stage. Molière could simply not stop doting on her . . . and neither could the public. She was a brilliant actress, and Molière was inspired to write many roles specifically for her. 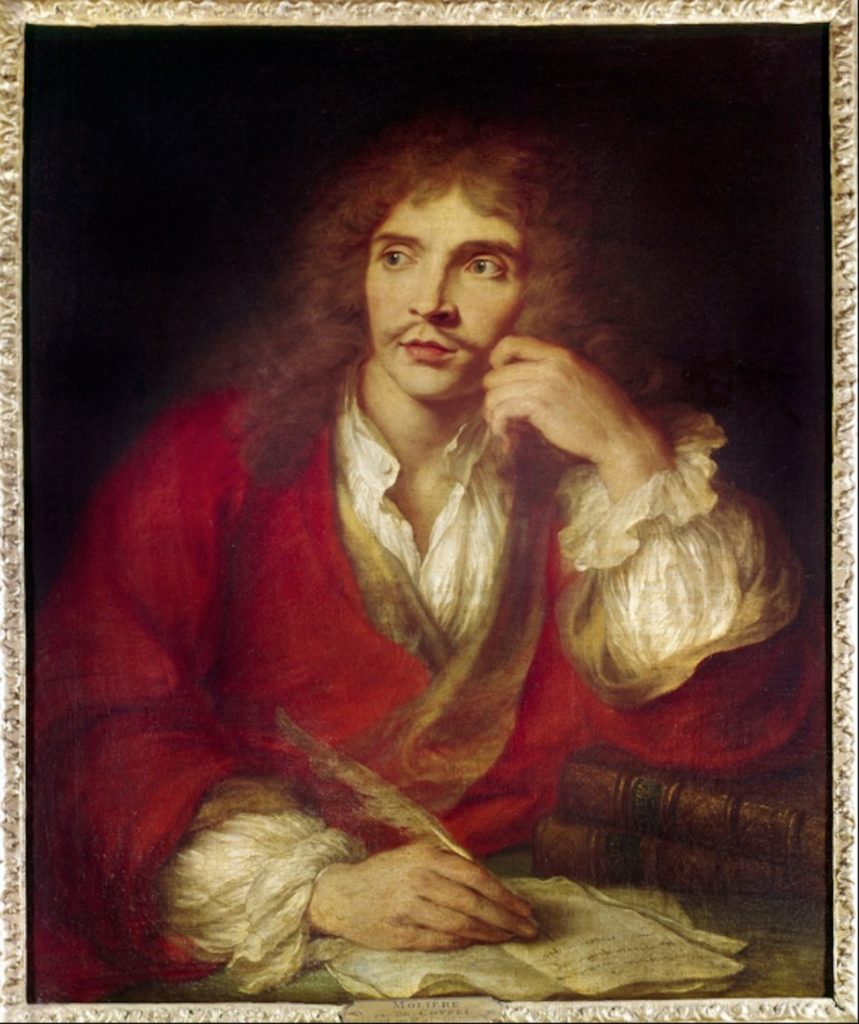 A mutual friend eventually persuaded Armande to reconcile with her increasingly consumptive and love-sick husband. She did, putting him on a strict meat diet, yet he continued to decline. On the day of the 4th performance of “The Imaginary Invalid,” in which he starred, Armande begged him not to play. He refused, knowing how many depended on the performance for their livelihood.

At the end of play, Molière (ironically playing the part of a hypochondriac) had a convulsion, which he tried to disguise with a harsh laugh. The curtain was hastily lowered and he was carried to his house. Always a comedian, he said on his deathbed: “I have set a detestable example. From now on, no playwright will be content until he has killed an actor.”

After her husband’s death, Armande proved to be anything but giddy and frivolous, fighting passionately for her husband’s right to be respectfully buried by the church (a fight she sadly lost), and then running Molière’s theatrical company with astonishing confidence and aplomb, making a number of difficult decisions that proved to be very successful. He would have been pleased.

I love her saucy attitude, but most of all I love how talented she was, and how capable she proved to be as a widow. Someday I hope to write about her.

[Note: This post was originally published on Hoydens and Firebrands, a website of women who write about the 17th century.]