Much has been written about the possibility that Louis XIV‘s wife, the Queen, gave birth to a black baby, a daughter. Needless-to-say, this has given rise to a number of salacious rumours.

Lynn Nottage, author of the play Las Meninas, writes about the spark for the play, read an essay about the African presence in royal families. In this essay was a paragraph that mentioned a romance between an African dwarf and the Queen Marie Thérèse of France.

Nottage spent close to eight years researching this and came to the conclusion that the story was true: that in 1661, the Queen had a romance with an African dwarf named Nabo, and gave birth to a black baby, a child named Louise Marie, “who was whisked from the palace and sent to a convent where she spent her entire life, first as a novice and then a nun. She did not take vows until she was much older.” 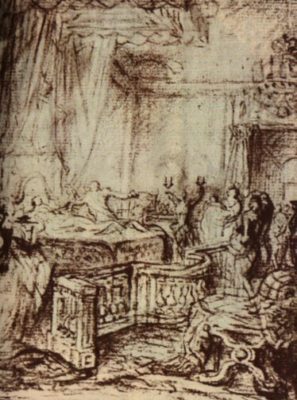 One thing is certain: the Queen would not have given birth privately. There would have been witnesses. Author Catherine Delors has written a wonderful account of Marie Antoinette having to give birth in an all-too-public manner on her blog, Versailles and more, some of which was also posted to Wonders and Marvels, a blog on the 17th century.

Gary McCollim, a historian I often quote here, weighed in on this rumour of a black daughter recently. First, he examined the sources often quoted:

1) Cardinal Dubois was not an eyewitness and he might not have written his memoirs.

4) The memoires of the marquise de Montespan were not written by La Montespan but by a male writer after she had died.

5) Thus, the only eyewitness might have been the duchesse de Montpensier, Louis XIV’s cousin who was called La Grande Mademoiselle. However, her memoirs only say that the queen gave birth prematurely to a child who was very dark. 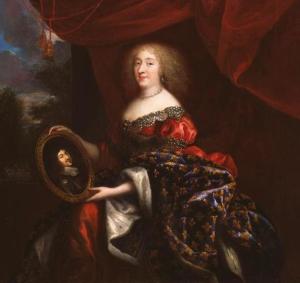 We do have some other evidence about this child. Madame, Louis XIV’s sister-in-law, wrote that her husband Monsieur who was an eyewitness said that the female child born in 1664 was not black but very ugly. Madame went on to say that no one could get the idea out of people’s heads that the child was still alive and was living in a convent at Moret near Fontainebleau. In any case, Madame wrote, it is certain that the ugly child died. All the court had seen her di

Then, we also have copies of letters that Louis XIV wrote to tell the rest of sovereign Europe of the death of his daughter on 26 December 1664.

And finally, we have several sources that report that Louis XIV had a Maurish coachman with a pretty wife. They had a child that the king and queen acted as godparents for. When the child’s parents died, Madame de Maintenon had the child put into this convent. As goddaughter to the king and queen, this child might refer to the Dauphin as her brother. 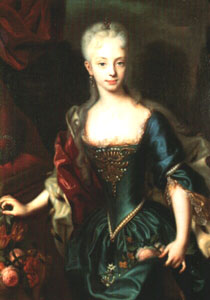 Gary posted more on this mystery after reading a recent biography of Queen Marie Thérèse by Joëlle Chevé:

She discusses the so-called black baby on pages 250-253. Several important facts emerge. First, the baby was born at least one month prematurely. The queen had been sick for several weeks before the child was born. They wanted to giver her last rites which the queen refused because she could not face dying. She would take communion but eventually she agreed to accept the last rites.

In the midst of this long illness, when everyone was wondering what could be done, Madame Foucquet brought a remedy. (Her husband was on trial for his life at the time.) The queen remained ill until January 1665 or two months after the birth of the child Marie-Anne.

Then, Chevé turns to discuss the child who was born under these conditions. Everyone agreed that the child was born with a dark almost violet complexion and a weak constitution. Chevé then cites the memoirs of the Grande Mademoiselle (the duchesse de Montpensier) who was not an eyewitness to the birth but was informed by Monsieur about the child’s complexion. When the Grande Mademoiselle did see the child she says that she knew right away that the child was too weak to live.

As to the black nun of Moret, she took the veil in 1695 when the child Marie-Anne, had she lived, would have been thirty years old. This is a late age for taking the veil. Chevé doubts that the black nun was thirty years old. When the rumors began circulating that the black nun was in fact the child Marie-Anne, Madame de Maintenon tried to squelch them by saying that she had put the girl in the convent as a favor for the girl’s parents who were Moors who worked in the King’s Menagerie.

As for me, I’m still uncertain. As with births, the death of a child was also public. Why are there no accounts?

For more on this subject, see:

The Black Nun of Moret

A tempting story about the “Black Nun of Moret.”