Would you want this man sneaking down your chimney? 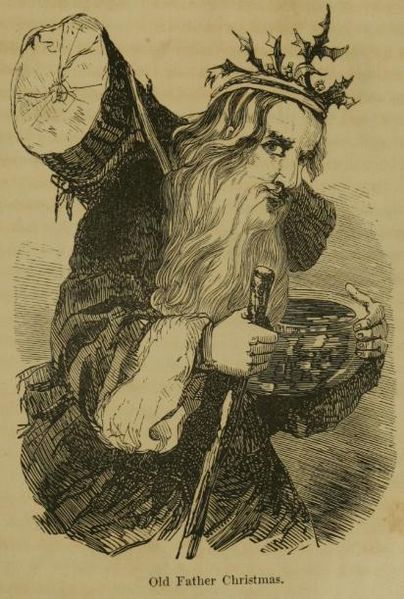 The original Santa is St. Nicholas of Myra. Although little is known about him (and some contest his very existence), he is generally believed to be a 4th century Greek bishop and saint.

Because of a number of miracles attributed to him, he is also known as Nicolas the Wonderworker (which I love). His feast day is traditionally December 6.

How did St. Nick become a gift-giver?

Nicolas had a reputation for secretly giving gifts. One legend has it that he heard of a man in his parish who couldn’t afford dowries for his three daughters, and thus intended to send them to a brothel.

St. Nicolas, at night, threw three bags of gold in their window (one for each girl), and thus began the tradition of Santa’s bag of gifts. (Who knew they were to save us from a brothel!)

Over the centuries, Santa evolved. In the 17th century, the Dutch celebrated Sinter Klaas (or Sinterklaas), who rode a flying white horse. Becoming secular, he now arrives on Christmas (rather than December 6). He no longer wears the robes of a bishop, but a red, fur-trimmed suit (not unlike a red bishop’s cloak, in fact). He’s round and jolly, no longer thin, and he drives a team of flying reindeer, rather than the flying horse.

Good Saint Nicolas is the official patron saint of sailors, merchants, archers, children, students, and even (curiously) thieves. Today he seems to have also become the adopted patron saint of Capitalism. It’s refreshing to go back to his origins, to the kindly bishop who secretly put coins in the shoes of the impoverished.

For details of a French 17th century Christmas, see The Huguenot Sword on FaceBook.